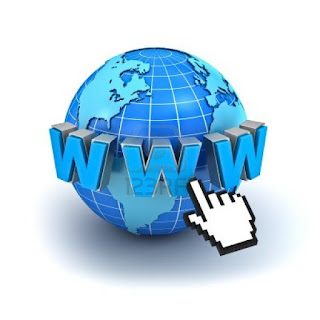 One of the first things I did on the World Wide Web was to look at an Irish newspaper.

I was living in a Chicago suburb at the time, and for my entire life the height of my urban worldly experience was buying a copy of the New York Times Sunday edition, printed in the town in Texas where I had been living sometime before coming to Chicago, via a satellite download.  The very fact that was possible was a technological wonder at the time.

So reading a newspaper "on-line"(!) from another country, in a language I could read, was eye-opening.

More eye-opening was the story I read, by an Irish Catholic who, for the first time in her life (she was my age or slightly younger, IIRC) had traveled across an imaginary but quite real line into a Protestant neighborhood.

My knowledge of Irish history is sketchy at the best of times, but this would have been after the peace accords that stopped the violence in Ireland; and the writer was trying to describe her experience at entering a "Protestant" neighborhood, even entering a Protestant church (which would have been less different from her Catholic experience than a Texas Southern Baptist entering a Greek Orthodox synagogue, or even a Catholic sanctuary).  Her description made it clear she was entering a foreign country, where they spoke the same language, but that, too, just marked how different "they" were.  Everything about Protestants, in her upbringing, was wrong; probably evil; and certainly "foreign."  I can't begin to describe the strangeness of the neighborhood to her.  And it was a neighborhood; it was literally across a street, on the dividing line between Catholic and Protestant; and it was clear the religious terms meant more as markers than they did as theological labels.  "Protestant," to her, meant "alien" in ways that would almost fit the science-fiction use of the term.

Not that she was belligerent, malignant, or malicious in her narrative.  That's what really struck me.  Protestants were truly strange to her; not British, not American, not even French.  The difference was more profound than that.  She'd have found a bazaar in Araby (Joyce reference; very posh!) less unfamiliar.

I think about that again, in the context of President Obama's remarks in Belfast.  Yes, it is profoundly stupid for Sean Hannity and the Breitbart gang to try to make something of nothing; but that's what they do.  More particularly, they are really appealing to an ingrained ignorance that doesn't want to know the rest of the world is not like America, where religious labels really don't mean that much except to a handful of adherents to those labels.  Baptists may still be convinced the Roman church is the Whore of Babylon, and fundamentalists may still expect the Jews to convert to Christianity before the Final Trump sounds; but nobody divides their neighborhoods along religious lines.  Nobody fears the violence of a solid block of the citizenry on the other side of an invisible but very real dividing line; not in this country.  When President Obama says:

If towns remain divided -- if Catholics have their schools and buildings, and Protestants have theirs -- if we can't see ourselves in one another, if fear or resentment are allowed to harden, that encourages division.

He is talking precisely about the things his harshest critics would like to create; whether they want to face that or not.

But they also represent a blush on the cheek of a dying age; because one of the things the World Wide Web is doing is making us realize, perhaps only one person at a time, how much alike we are. I don't doubt this will be turned against that direction. I watch old movie newsreels that once told audiences how much people in the world were like them.  It was a bit jingoistic, and it failed because the world is not America, and doesn't want to be.  But the blind ignorance of a Sean Hannity cannot sustain an American political movement far into the future.

Frankly, it never could.