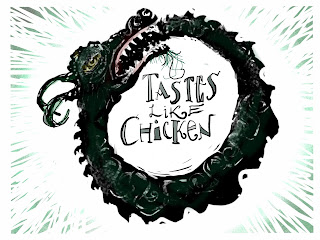 I'm not a big fan of C.S. Lewis, actually.   I think Tolkien spun a better yarn, and Lewis' ideas of how to reconcile Christian belief (i.e., tenets of doctrine) with modern rational thought have always left me a bit cold (and always seemed a bit oversimplified.  I prefer Kierkegaard's approach to Lewis' apologetics, especially as represented in The Screwtape Letters.  Lewis is the modern proponent of "The best trick the devil ever pulled was making people believe he didn't exist," and it's such an annoyingly childish bit of sophistry I'm not sure I can forgive him for it.)  So I don't really care about his relationship to American evangelicals; still, this column raised some interesting points, like this one:

“No culture,” observes the child psychologist Suzanne Gaskins, “comes close to the level of resources for play provided by middle-class Euro-American parents.” In many traditional societies, children play by imitating adults. They pretend to cook, marry, plant, fish, hunt.

“Inventive pretend,” in which children pretend the fantastic or impossible (enchanted princesses, dragon hunters) “is rarely — if ever — observed in non-industrialized or traditional cultures,” Gaskins says. That may be because inventive play often requires adult involvement. Observing the lack of fantasy play among the Manus children in New Guinea, Margaret Mead noted that “the great majority of children will not even imagine bears under the bed unless the adult provides the bear.”

Westerners, by contrast, not only tolerate fantasy play but actively encourage it, for adults as well as for children. We are novel readers, movie watchers and game players. We have made J. K. Rowling very wealthy.

This suggests that we imagine a complex reality in which things might be true — materially, spiritually, psychologically. Science leads us to draw a sharp line between what is real and what is unreal. At the same time, we live in an age in which we are exquisitely aware that there are many theories, both religious and scientific, to explain the world, and many ways to be human.

This is the most interesting part of the column, yet  it doesn't really seem to be engaged in the comments, which turn on the value, or lack thereof, of Lewis' work.  True, there's the usual sloppy assertion that science determines reality (is my love for my child, then, unreal?  My love for my friends?  For my God?  All unreal.  In the words of Bill O'Reilly (correct, this time), "Science can't explain it!"  Oh, it can; but only through a reductio ad absurdum that's hard to take seriously, or even to call "scientific."), but leave that aside and there are some very interesting observations about what creatures of culture we actually are.  And how much we owe "fantasy" not to the failure to mature as social beings (i.e., as societies), but to the very fact that, thanks to the Industrial Revolution and the Enlightenment (of which the former is a product), we now actively engage in fantasy precisely because we extirpated it, root and branch, by destroying "traditional cultures" with abandon starting some 200 years ago.

There is no serious question that the preservation of "fairy tales" and traditional blessings, charms, and prayers, began in the 19th century because people saw such things were disappearing.  But the societies that created those prayers and tales didn't survive; only the artifacts did.  This lead to two very curious conclusions:  one, that "traditional societies" were shot through with superstitions we had now "outgrown," and two, that from our "superior" position as gatherers and preservers, we could keep the facts of these societies alive, or at least in memory.  But in taking them out of context, we, of course, altered them.*  In trying to preserve the fantasy element we thought was part and parcel of human existence before the Romantic period, we created fantasy as an element all its own.  There is a reason Beowulf is matter of fact about the existence of Grendel, Grendel's mother, and a greedy dragon, and a reason Dunsany's tales of fantasy are verbose, bombastic, and frankly tedious.  Dunsany assumes the world he creates for fantasy must be invented out of whole cloth, and he does it out of the material of the 19th century, not the 9th.  Yeats does the same thing, trying to preserve Irish legend in his poetry.  The Brothers Grimm were actually authors, not the careful scholars that Alexander Campbell was; they cobbled their stories together and re-wrote them to suit contemporary tastes.  And the more we engage in fantasy now, the more we are engaging in what is essentially an existential practice:  trying to state what we think it is to be human.

Which is not to say I hate fantasy; I love it.  Bradbury's stories of dangerous mushrooms in the basement (which may eat you, rather than you eating them); of men in cocoons who emerge with wings and the power of flight; of dead bodies rising out of the ground hating because the world has become so antiseptic, so uninterested in death; that kind of thing is still me bread and butter.  I rise not to bury fantasy, but to praise it.  It's just interesting that the upshot of the Enlightenment was not only the Industrial Revolution and the Romantic movement, but the desire for, which has become the need for, fantasy.

I've thought before that there's really nothing remotely similar to the magic in Harry Potter and the magic in pre-19th century tales.  Gandalf (whom Tolkien tried to keep to the traditional version of wizard) is a very poor hand at wizardry compared to Dumbledore, yet Dumbledore exemplifies magic as the purest expression of the Schopenhaurian will.  Post-industrial technology has taught us that it is merely an extension of our will, however imperfect it may be, and if we train ourselves to conform to it (i.e., "use" it), it will respond as an extension of our self.  Even as I type this I am not thinking in terms of each letter I must strike with which finger, but I have become so competent at the task I can type almost without thinking about the particular words I need to spell.  The advantage to a computer that would take my dictation, and a computer with a keyboard, is a slight one at this juncture.  I would certainly spend more time thinking about where my sentences end, how they end (question mark?  Exclamation point!), and where the paragraphs should be, if I were dictating (yes, Virginia, there was a time when I wrote by dictation).  So actually typing is a better expression of my will than speaking; at least when it comes to writing (I'm not sure I want to think about how to construct the compound sentences I love while thinking about what punctuation to indicate, and where, verbally).

We are, I think it is safe to say, besotted with fantasy.  Why else is everyone and his maiden aunt obsessed with "Game of Thrones," a story that resembles reality (or even the medieval literature of Chaucer, Malory, and Langland) even less than "Cinderella" does?  Science fiction movies are no less fantastic than the satirical traveler's tales of the Roman Empire; but are far more a part of our culture.

I have to come back to the "suggestion" that we "imagine" a complex reality, and the implication that science, of course, renders reality very neatly into what is, and what is not, real.  The argument about the definition of reality is a chimerical one, suited only to college students in dorm rooms late at night after too many refreshments inhaled or imbibed.  The issue here is not "what is real?" but "what is not real."  Human existence is not bounded by material things alone.  If that was all there was to life, there would be no spiritual or religious or even interpersonal yearnings, and we could have easily reduced society to the one Huxley imagined in Brave New World.   I don't doubt for a moment that if existence were as simple as fiction imagines it that we would have created Huxley's dystopia by now, if only because it is so simply and logically predictable.  We haven't, of course, and we won't, only because existence is not that simple.  "Life is messy," as my Pastoral Care professor loved to say; and it is.  It is that very "messiness" that makes life irreducibly complex.  Science no more simplifies that complexity than religion does.  But I'm not sure science tries to, anymore than religion does.  Proponents of a simplistic world view do, of course; and that Venn diagram would show a significant overlap between scientific atheists and fundamentalists religious believers.

Still the question arises:  did we destroy fantasy, or did we create it?  There is nothing comparable to the tales of Dunsany or Eddison or even Tolkien, prior to the 20th century.  Did we take this from traditional societies?  Or, as we cut children off from the human world (read the Songs of Innocence and Songs of Experience), did we decide to reclaim childhood by inventing it?  John Mortimer noted in his Rumpole stories that the very idea of a "teenager" was invented in the mid-20th century.  We have, in just the last 100 years, invented whole categories of human experience that we think are immutable and timeless, at the same time we denigrate Judaeo-Christian practices and beliefs as being rooted in a Bronze Age culture.  What this brings us to is the question of boundaries:  of where we draw the line between fantasy and reality, between worthwhile and worthless, between reality and non-reality.  The boundaries, in other words, that establish our identity:  the line between us and not-us.  With this quasi yin-yang appreciation of fantasy literature in mind, I will try to take up that larger question.  It's really the question of boundaries that fascinates me.

*The deep irony here is that painters like Picasso engaged the art of non-European cultures and incorporated it into their work, much like composers like Beethoven took in Turkish music to enrich European music of the 19th century.  The masks Picasso and the Dadaists and Surrealists saw were artifacts in Europe.  The artists understood this, but they still treated these artifacts as something of value.  Most writers (Dunsany foremost among them, and later critics who relegated "fantasy" to adolescents and small children) actually disdained the forms they took from traditional societies, and used it to establish (at first) the superiority of European post-industrial culture.  It was only later used, and here I'm thinking especially of Bradbury, to humanize that culture.  Fantasy was, when it began, merely a form of entertainment, and an almost illegitimate one at that (due, in no small part, to it arising during the rise and dominance of the literary school of Realism).