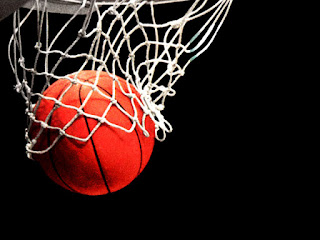 I dunno, this all just sounds oddly familiar:

Later on, we discover that God's influence over the proceedings of the majority caucus of the House only extends so far, however.


The windowless room with two large-screen TVs and a couple of microphones on either side was handed over to rank-and-file Republicans, nearly 40 of whom waited their turn to offer ideas for what the GOP should try to get later this year in return for agreeing to raise the debt ceiling. Some wanted more energy exploration, some entitlement reform and one lawmaker pushed to attach antiabortion measures to the legislative package, according to Republicans in the room. This is the price of remaining in charge in today's House: Boehner must always appear to be working from the bottom up, never seeming to impose his will. "Gone are the days when the leaders decide what the conference is gonna do," said Rep. Lynn Jenkins (Kan.), a third-term lawmaker who recently joined the GOP leadership.

This is interesting. If the leadership doesn't determine that, then who in god's name -- you should pardon the expression -- actually does? It is possible that's the entire point. A caucus made up of a substantial number of people who don't think the federal government should do anything might well undermine their own leadership's credibility in order to attain that goal, which would have the added bonus effect of helping to paralyze the government. If that's the case, then none of us have a prayer.

In what are increasingly my few days (years become a few days after awhile; ask any old person, ya snot nosed punk!) in parish ministry, I learned quickly that I wasn't in charge of anything.  If ever there were days when the pastor ran things, those days had ended long before I got on the planet.  What remained was the fact that the pastor, while having no leadership role, had a tremendous amount of responsibility.  So when I (foolishly) pointed out that church membership had been in decline for several decades (meaning we should face facts and consider our collective future responsibly), the first response was to look at the decline since I had been pastor (about 2 years, at that point).  Because the trend didn't matter, what mattered was the period of time I could be held responsible for. Maybe in a more hierarchical, or episcopal, church structure the leadership still actually determines what the congregation is going to do; but that hasn't much been my experience.  In general, groups of people seem to think they get to decide what's going to happen, and usually that group is as small in relation to the whole as a House caucus is in relation to the country, and just as determined to have their way.

"Gone are the days when the leaders decide...." is pretty much applicable to any church I've been involved in, including those churches now struggling over the issue of same-sex marriage or ordination of gays and lesbians.  By which I mean it runs both ways:  episcopal structures may resist the calls for change, but congregational structures like the UCC often find the interest in liberty at the top is not met with enthusiasm by the people in the pews.  I ran into more than a few church members quite astonished, and not in a good way, at what I had learned in seminary; and most of what I learned was new and controversial 100 years ago. It's dangerous to read these situations through one's personal experience, but the best part of Pierce's post is the perhaps apocryphal story he tells:


Not to mock this whole thing, at least not severely, but I am reminded about Bob Knight's perhaps apocryphal reply to one of his Hoosiers when the lad told the coach the team would win if God willed it. "Son," Knight told him, "one day, you'll grow up and you'll realize that God doesn't give a fk about Indiana basketball."

If that's even barely true, it marks Mr. Knight as a fine theologian.  It is also a theological point almost no pastor dares make from his or her pulpit.

Is this tendency in the House of Representatives an example of a trend?  I don't know; but I think it may be an example of a GOP trend, since the Tea Party seems still to be running their show, and the Tea Party is mostly old people and people who think like old people, and (painting with a broad brush, I know, especially since I'm 12 years older than I was when I was asked to leave my last church), it was mostly old people who decided I wasn't what they wanted anymore.

I see an increasing divide in churches between those dominated by the elderly, who will brook no interference with their control and comfort, and churches with a broader mix of ages, allowing those who are younger a legitimate voice in what happens.  Is that a legitimate basis for analysis of national politics and public policy?

I dunno.  I'm gonna go work on what it means to say God doesn't care about Indiana basketball.....