Ye shall know the truth, and yet probably know not that you know.... 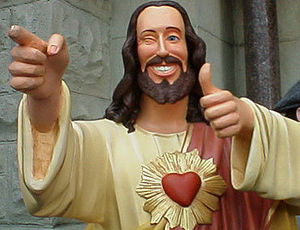 Trying to put recent posts in perspective, I wanted to say something about how telling people what you know won't necessarily make them think the way you think.  This is what Edward Snowden says he feared:  that his NSA revelations wouldn't lead to a reaction against the NSA similar to the one he had, the one that led him to spend a month or two preparing to breach his oath of secrecy.

And then the universe, or God, or happenstance, or just blind simple doo-dah luck, landed this in my lap:

Christianity is not about the divine becoming human so much as it is about the human becoming divine. That is a paradigm shift of the first order.

That's Shelby Spong at the end of a blog post describing his new book.  He's rather boldly claiming that once you read it, you'll never go back, and in fact you'll be a Spong disciple and with him recreate Christianity in the way Shelby Spong thinks best!

I have no problem with Spong's assertions about the Gospel of John.  I would make more of the importance of the semeia (signs) John's gospel uses.  That gospel calls the miracles not dunamis, as the synoptics do (usually translated as "miracle" but implying an act of power) and refers to them as "signs."

There's a lot of subtlety going on in John's gospel, in other words; and yet it is often used as a club, because "whosoever believeth in him (things always sound more holy and authoritative in the King James' English)," donchaknow?  I mean, those who don't, will perish!  It's right there in black & white, waddyawantmetodoaboudit?

Shelby Spong, despite his claims of spending several years on this, is not a scholar.  He doesn't write for scholars, he doesn't write as a scholar, he doesn't even pretend to be a scholar.  He's a polemicist, really.  So he takes a bit of scholarship and spins a tale with it and comes up with an idea he's sure everyone would agree upon, if they just understood what he understands!

But it doesn't work that way.  It never does.

Scholars don't try to persuade a vast group of others of the truth of their position.  They try to defend it among other scholars; and very narrow ground that can be, too.  But if they imagine that what they know will enlighten and enlist others to their scholarly cause if it is just well enough understood; then they have gone astray from scholarship.

Mind, I have nothing against Biblical scholarship.  I think its incredibly valuable.  But I don't think it's going to change the world anytime soon.  The  very idea that the Gospel of John is not the work of John Zebedee, for example, is probably 150 years old; or older.  Among scholars, that is.  Spong cites it as if he just discovered fire, and is bringing the burning coal back to the cave for the first time.  The people who already know that, in other words, haven't had their paradigm shifted all that much by the knowledge.  Some of them accept it, and move on; some don't even accept it at all.

There's even a story in the Gospel of John about this, oddly enough.  Jesus is not baptized in that gospel, but like the baptisms in the Synoptics, there is a scene meant to show Jesus speaks for God.  Jesus says, "Father, glorify your name!"

Then a voice spoke out of the sky:  "I have glorified it and I'll glorify it further."

The crowd there heard this, and some people remarked that it had thundered, others that an angel had spoken to him.

"That voice did not come for me but for you," Jesus replied.

So some hear thunder; some hear an angel.  It's not clear anyone heard what was said, or knew who it was, or that any paradigms that day were shifted.

Maybe it's better not to expect them to be; and just to be happily surprised, whenever they are.