Where are the Snowdens of yesteryear? 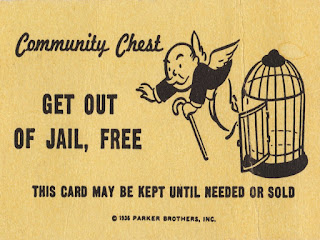 Comes now Edward Snowden, who never met a reporter he didn't want to tell his life story (because it's not about him!) to, and tells the Chinese he trusts their system of law more than the system of laws in the U.S.  Because, while it was a great act of conscience on his part to violate his oath of secrecy and breach criminal laws by telling tales out of school (some of which may or may not have any validity), what he doesn't want, is to face any system of justice whatsoever.

“People who think I made a mistake in picking HK as a location misunderstand my intentions. I am not here to hide from justice; I am here to reveal criminality."


Which is cute, because he knows he won't face any charges in a court in Hong Kong, as he hasn't violated Chinese law.

All he wants is to get out of jail, free.

Martin Luther King believed in this system of laws, and of the people who backed it, even as those laws declared him a second-class citizen.  He suffered the jails of the U.S., and he died on a hotel balcony because he believed that system was fundamentally just, and would finally see justice done.

Medgar Evers believed in this system of laws, and even though his life was constantly threatened and finally taken by a racist madman, he believed the system would change and justice would finally be done.

The Berrigan brothers believed in this system of laws, and went to jail over and over again, trying to make it change.

Even Daniel Ellsberg turned himself in for leaking the Pentagon Papers, and stood trial.

Edward Snowden runs to Hong Kong and declares himself a hunted man, wanted by the CIA and the Triad and Lord knows what other shadowy organization, and throws himself on the mercy of the Chinese because the Americans can't be trusted. He even tries to buy his asylum by telling them what anybody with internet access or a TeeVee already knows or could reasonably expect:  that the U.S. is hacking the Chinese. (and, of course, the Chinese are hacking the U.S.  Is there no one who can be trusted?)

But, more importanly,  Mr. Snowden lives in fear and trembling:

"I will never feel safe," he said. "Things are very difficult for me in all terms, but speaking truth to power is never without risk."

My heart bleeds for you.  No, really, it does.  After all, if China doesn't want him, he can go to Russia:

My only comment is that I am glad there are governments that refuse to be intimidated by great power," he said.

Yeah; the government that was so intimidated by 20 seconds of public behavior by four women, it sent two of them to Siberia.