It's not even past. 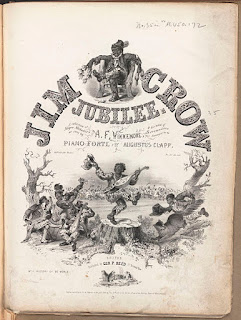 I like Chris Hayes, but honestly, he's a naif.  The VRA is all but dead, and hell will follow after it.

As John Lewis pointed out to Rachel Maddow last night, just after the Civil War blacks had the vote, and even elected black public officials in the Reconstructionist South.  But not for long:

Between 1890 and 1910, ten of the eleven former Confederate states, starting with Mississippi, passed new constitutions or amendments that effectively disfranchised most blacks and tens of thousands of poor whites through a combination of poll taxes, literacy and comprehension tests, and residency and record-keeping requirements.  Grandfather clauses temporarily permitted some illiterate whites to vote but using the same law prevented most blacks from voting.


According to John Roberts the Voting Rights Act changed all of that, so we can discard it, now.  Of course, Texas moved immediately to instate its Voter ID law.  The Texas Department of Public Safety, charged under the law with issuing voter id cards to those without driver's licenses or concealed handgun permits (no, seriously) announced no one will be able to vote without proper ID.  A law the state's own evidence found would impact Hispanic voters more than any other group, and which the courts found would impose "strict, unforgiving burdens on the poor."  I guess since "poor" can include white people, it's okay.  But it's not a literacy test, so what's the problem, right?

The Texas AG also said Texas redistricting will simply go ahead according to the plan the Federal courts said violated the VRA just a few months ago.  Problem with that is, the Lege already passed new redistricting maps in the special session.  Unless Perry vetoes them, they will take effect as if the VRA was still in effect.

If Perry does veto them, even current superstar Wendy Davis could  see her seat in the Texas Legislature disappear. But will he?  That's where things get interesting.  The VRA is not entirely dead, you see.  The discrimination of the new maps could still be challenged without Sec. 4, and that means redistricting in Texas is not as clear-cut now as Gen. Abbott thinks it is.

And no, Texas is hardly alone in these efforts.

As Justice Ginsberg pointed out in dissent yesterday:

The stated purpose of the Civil War Amendments was to arm Congress with the power and authority to protect all persons within the Nation from violations of their rights by the States. In exercising that power, then, Congress may use “all means which are appropriate, which are plainly adapted” to the constitutional ends declared by these Amendments. McCulloch, 4 Wheat., at 421. So when Congress acts to enforce the right to vote free from racial discrimination, we ask not whether Congress has chosen the means most wise, but whether Congress has rationally selected means appropriate to a legitimate end. “It is not for us to review the congressional resolution of [the need for its chosen remedy]. It is enough that we beable to perceive a basis upon which the Congress might resolve the conflict as it did.” Katzenbach v. Morgan, 384 U. S. 641, 653 (1966).


The 15th Amendment, by the way, which the Voting Rights Act implements, was ratified in 1870.  95 years later, it finally got the enabling legislation it calls for.

Section 1. The right of citizens of the United States to vote shall not be denied or abridged by the United States or by any State on account of race, color, or previous condition of servitude.
Section 2. The Congress shall have power to enforce this article by appropriate legislation.

"Abridged" now means by poll tax or literacy test; any other impediments to voting are not what was contemplated by the Amendment.  Or something.

What happens now?  I don't know.  The basis of the ruling yesterday was states rights.  Do I exaggerate?  Well, consider the official summary of the opinion:

(1)  State legislation may not contravene federal law. States retain broad autonomy, however, in structuring their governments and pursuing legislative objectives. Indeed, the Tenth Amendment reserves to the States all powers not specifically granted to the Federal Government, including “the power to regulate elections.” Gregory v. Ashcroft, 501 U. S. 452, 461–462. There is also a “fundamental principle of equal sovereignty” among the States, which is highly pertinent in assessing disparate treatment of States. Northwest Austin, supra, at 203.

The Voting Rights Act sharply departs from these basic principles.

This puts Justice Ginsburg's comments about the Civil War in their proper context.  And it makes the decision yesterday the new Plessy v. Ferguson.  I do not say that lightly.  Consider one example:  this is the infamous statement from Plessy:

We consider the underlying fallacy of the plaintiff's argument to consist in the assumption that the enforced separation of the two races stamps the colored race with a badge of inferiority. If this be so, it is not by reason of anything found in the act, but solely because the colored race chooses to put that construction upon it.


This is the slightly more anodyne comment from the Court yesterday:

But a more fundamental problem remains: Congress did not usethat record to fashion a coverage formula grounded in current conditions. It instead re-enacted a formula based on 40-year-old facts having no logical relation to the present day.


"Present day" is a bit vague there, but if we can allow it to include the present century, only 13 years old at this point, then "present day" includes 74 DOJ actions to enforce Section 5 of the VRA in the "present day."

Yup.  Everything is different now; and blacks really can't complain about any "badge of inferiority."  We've fixed all that, and we don't need to fix it anymore.

While blacks are now elected to public office in southern states, and trees no longer sprout "strange fruit" as they did within my lifetime, and we may no longer sing "Mississippi Goddamn!," old times there are still not forgotten.

And how rapidly they return is now an open question.