God is just glad to be off the cover.... 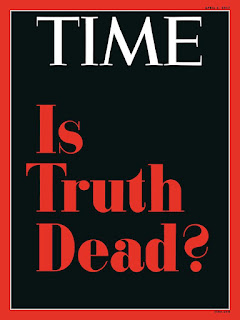 "And then TIME magazine, which treats me horribly, but obviously I sell, I assume this is going to be a cover too, have I set the record? I guess, right? Covers, nobody’s had more covers."--Donald Trump


No, that really is the cover of TIME Magazine.  The cover story is the interview with the President of the United States, Donald Trump.  An interview that contains statements like this:

Yeah, it’s a cool story. I mean it’s, the concept is right. I predicted a lot of things, Michael. Some things that came to you a little bit later. But, you know, we just rolled out a list. Sweden. I make the statement, everyone goes crazy. The next day they have a massive riot, and death, and problems. Huma [Abedin] and Anthony [Weiner], you know, what I tweeted about that whole deal, and then it turned out he had it, all of Hillary’s email on his thing. NATO, obsolete, because it doesn’t cover terrorism. They fixed that, and I said that the allies must pay. Nobody knew that they weren’t paying. I did. I figured it. Brexit, I was totally right about that. You were over there I think, when I predicted that, right, the day before. Brussels, I said, Brussels is not Brussels. I mean many other things, the election’s rigged against Bernie Sanders. We have a lot of things.

NATO is obsolete.  Sweden had a massive riot, and death, and problems; which no one, to this day, knows anything about.  Why bother investigating the rest?

Why do you say that I have to apologize? I’m just quoting the newspaper, just like I quoted the judge the other day, Judge Napolitano, I quoted Judge Napolitano, just like I quoted Bret Baier, I mean Bret Baier mentioned the word wiretap. Now he can now deny it, or whatever he is doing, you know. But I watched Bret Baier, and he used that term. I have a lot of respect for Judge Napolitano, and he said that three sources have told him things that would make me right. I don’t know where he has gone with it since then. But I’m quoting highly respected people from highly respected television networks.

No I am saying I was right. I am talking about Sweden. I’m talking about what Sweden has done to themselves is very sad, that is what I am talking about. That is what I am talking about. You can phrase it any way you want. A day later they had a horrible, horrible riot in Sweden and you saw what happened. I talked about Brussels. I was on the front page of the New York Times for my quote. I said Brussels is not what it used to be, very sad what has happened to Brussels. I was absolutely lambasted. A short time later they had the major attack in Brussels. One year ago today. Exactly one year ago today. And then people said you know Trump was right. What am I going to tell you? I tend to be right. I’m an instinctual person, I happen to be a person that knows how life works. I said I was going to win the election, I won the election, in fact I was number one the entire route, in the primaries, from the day I announced, I was number one. And the New York Times and CNN and all of them, they did these polls, which were extremely bad and they turned out to be totally wrong, and my polls showed I was going to win. We thought we were going to win the night of the election.

Okay, second time's the charm, so about that "riot" claim:

The neighborhood, Rinkeby, was the scene of riots in 2010 and 2013, too. And in most ways, what happened Monday night was reminiscent of those earlier bouts of anger. Swedish police apparently made an arrest on drug charges at about 8 p.m. near the Rinkeby station. For reasons not yet disclosed by the police, word of the arrest prompted youths to gather.

Over four hours, the crowd burned about half a dozen cars, vandalized several shopfronts and threw rocks at police. Police spokesman Lars Bystrom confirmed to Sweden's Dagens Nyheter newspaper that an officer fired shots at a rioter but missed. A photographer for the newspaper was attacked and beaten by more than a dozen men and his camera was stolen.

Bystrom later said that a police officer was slightly injured and that one person was arrested for throwing rocks, news agencies reported. Some civilians were also assaulted while trying to stop looters, he said.


But Trump was right to "predict" the riots, because people were saying!

Trump clarified on Twitter that he drew his claim about immigrant violence in Sweden — made at a campaign-style speech in Melbourne, Fla. — from a Fox News segment in which two Swedish police officers were interviewed. The segment was part of “Tucker Carlson Tonight” and featured filmmaker Ami Horowitz, who was introduced as someone who had documented an “incredible surge of refugee violence” in Sweden.

The two Swedish officers whose interview provided the basis for the report spoke out Monday and claimed that their testimony had been taken out of context. One of them, Anders Göranzon, said that the interview was about areas with high crime rates and that “there wasn’t any focus on migration or immigration.”

“We don’t stand behind it. It shocked us. He has edited the answers,” Göranzon said. “We were answering completely different questions in the interview. This is bad journalism.”

And in an interview with any other POTUS, this would be the takeaway sentence:

That is different that the president wiretapping you which would be a crime outside of a court.

The President is clearly surrounded by horrible people.  And newspapers and magazines which lie regularly, but which also report the truth, because that's what people are saying, and Trump is only repeating what he reads and hears on TV, so you can't blame him, except for his predictions, which are all true.

Besides, everything is fine:

Hey look, in the mean time, I guess, I can’t be doing so badly, because I’m president, and you’re not. You know. Say hello to everybody OK?


At least, that's what people are saying.... 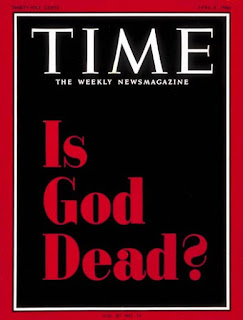 Just for the youth, who have no memory of history.  Besides, it was the first TIME cover without an image.


LATE ADDENDUM:  WaPo did a fact check of the TIME interview.  You don't even have to read the interview:  just read the fact-check.

Every word Trump says is a lie, including "and" and "the."