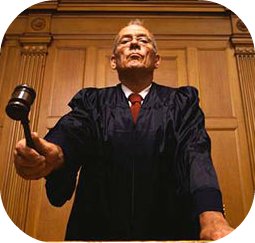 First, the fun parts of the Court's opinion:

The illogic of the Government’s contentions is palpable. The notion that one can demonstrate animus toward any group of people only by targeting all of them at once is fundamentally flawed. The Court declines to relegate its Establishment Clause analysis to a purely mathematical exercise. See Aziz, 2017 WL 580855, at *9 (rejecting the argument that “the Court cannot infer an anti-Muslim animus because [Executive Order No. 13,769] does not affect all, or even most, Muslims,” because “the Supreme Court has never reduced its Establishment Clause jurisprudence to a mathematical exercise. It is a discriminatory purpose that matters, no matter how inefficient the execution” (citation omitted)). Equally flawed is the notion that the Executive Order cannot be found to have targeted Islam because it applies to all individuals in the six referenced countries. It is undisputed, using the primary source upon which the Government itself relies, that these six countries have overwhelmingly Muslim populations that range from 90.7% to 99.8%.12 It would therefore be no paradigmatic leap to conclude that targeting these countries likewise targets Islam. Certainly, it would be inappropriate to conclude, as the Government does, that it does not.

A review of the historical background here makes plain why the Government wishes to focus on the Executive Order’s text, rather than its context. The record before this Court is unique. It includes significant and unrebutted evidence of religious animus driving the promulgation of the Executive Order and its related predecessor.  For example—

SAC ¶ 41 (citing Anderson Cooper 360 Degrees: Exclusive Interview With Donald Trump (CNN television broadcast Mar. 9, 2016, 8:00 PM ET), transcript available at https://goo.gl/y7s2kQ)). In that same interview, Mr. Trump stated: “But there’s a tremendous hatred. And we have to be very vigilant. We have to be very careful. And we can’t allow people coming into this country who have this hatred of the United States. . . [a]nd of people that are not Muslim.”


Pay attention, there will be a quiz:

The Government appropriately cautions that, in determining purpose, courts should not look into the “veiled psyche” and “secret motives” of government decisionmakers and may not undertake a “judicial psychoanalysis of a drafter’s heart of hearts.” Govt. Opp’n at 40 (citing McCreary, 545 U.S. at 862). The Government need not fear. The remarkable facts at issue here require no such impermissible inquiry. For instance, there is nothing “veiled” about this press release: “Donald J. Trump is calling for a total and complete shutdown of Muslims entering the United States.[]” SAC ¶ 38, Ex. 6 (Press Release, Donald J. Trump for President, Donald J. Trump Statement on Preventing Muslim Immigration (Dec. 7, 2015), available at https://goo.gl/D3OdJJ)). Nor is there anything “secret” about the Executive’s motive specific to the issuance of the Executive Order:

Rudolph Giuliani explained on television how the Executive Order came to be. He said: “When [Mr. Trump] first announced it, he said, ‘Muslim ban.’ He called me up. He said, ‘Put a commission together. Show me the right way to do it legally.’”  SAC ¶ 59, Ex. 8. On February 21, 2017, commenting on the then-upcoming revision to the Executive Order, the President’s Senior Adviser, Stephen Miller, stated, “Fundamentally, [despite “technical” revisions meant to address the Ninth Circuit’s concerns in Washington,] you’re still going to have the same basic policy outcome [as the first].” SAC ¶ 74.


The court included a footnote in that discussion:

14There are many more. See, e.g., Br. of The Roderick and Solange MacArthur Justice Center as Amicus Curiae in Supp. of Pls.’ Mot. for TRO, ECF No. 204, at 19-20 (“It’s not unconstitutional keeping people out, frankly, and until we get a hold of what’s going on. And then if you look at Franklin Roosevelt, a respected president, highly respected. Take a look at Presidential proclamations back a long time ago, 2525, 2526, and 2527 what he was doing with Germans, Italians, and Japanese because he had to do it. Because look we are at war with radical Islam.”)


And here is the response from Donald Trump, President of the United States:

“This ruling makes us look weak ― which, by the way, we no longer are, believe me. Just look at our borders,” Trump told a crowd at a campaign-style rally in Tennessee. “We are going to fight this terrible ruling. We’re going to take our case as far as it needs to go, including all the way up to the Supreme Court. We are going to win.”


And regarding the new ban:

“It’s a watered-down version of the first one,” Trump said of his new ban. “And let me tell you something: I think we ought to go back to the first one and go all the way, which is what I wanted to do in the first place.”


As Marielena Hincapié, executive director of the National Immigration Law Center, said:  “He should just continue talking, because he is making our arguments for us.”

Not really something you want to hear about a President who will someday be negotiating international agreements.