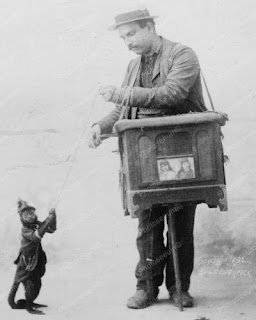 We're looking into it very, very strongly. At a certain point in time I'll be revealing some interesting things," Trump said on CNN's American Morning.

Trump first claimed earlier this month he had sent investigators to Obama's home state in an effort to find out if the president was indeed born there, as he says he was and several media organization's independent investigations have confirmed.

"I have people that have been studying it and they cannot believe what they're finding," Trump told NBC then.

But Trump has since offered few details about the on-the-ground investigation and, in the interview with CNN Thursday, wouldn't specifically say if it had uncovered new details.

"You'll be very surprised," he said when asked by CNN's Ali Velshi if his investigators have found anything.

Carlson: So on March 4th, 6:35 in the morning, you’re down in Florida, and you tweet, the former administration wiretapped me, surveilled me, at Trump Tower during the last election. How did you find out? You said, I just found out. How did you learn that?

Trump: Well, I’ve been reading about things. I read in, I think it was Jan. 20th, a New York Times article where they were talking about wiretapping. There was an article. I think they used that exact term. I read other things. I watched your friend Bret Baier the day previous where he was talking about certain very complex sets of things happening, and wiretapping. I said, wait a minute, there’s a lot of wiretapping being talked about. I’ve been seeing a lot of things. Now, for the most part, I’m not going to discuss it, because we have it before the committee and we will be submitting things before the committee very soon that hasn’t been submitted as of yet. But it’s potentially a very serious situation.
…
Carlson: Why not wait to tweet about it until you can prove it? Don’t you devalue your words when you can’t provide evidence?

Carlson: Right, but you’re the president. You have the ability to gather all the evidence you want.

Trump: I do. I do. But I think that frankly we have a lot right now. And I think if you watch—if you watched the Bret Baier and what he was saying and what he was talking about and how he mentioned the word “wiretap,” you would feel very confident that you could mention the name. He mentioned it. And other people have mentioned it. But if you take a look at some of the things written about wiretapping and eavesdropping… and don’t forget I say wiretapping, those words were in quotes. That really covers—because wiretapping is pretty old-fashioned stuff—but that really covers surveillance and many other things. And nobody ever talks about the fact that it was in quotes, but that’s a very important thing. But wire tape covers a lot of different things. I think you’re going to find some very interesting items coming to the forefront over the next two weeks.


If anything, really, he's gotten worse in 6 years.  He's tripping all over himself in that interview to avoid saying anything substantive while still trying to appear to say something substantive.   What, for example, do those last two sentences mean?  Reading his thoughts through the fillings in his teeth?  Watching his popcorn pop through the microwave oven turned camera?  Alien abductions and out of body experiences (if "wiretapping" covers "a lot of different things," what things, and how different?)?  That dance really won't last much longer.