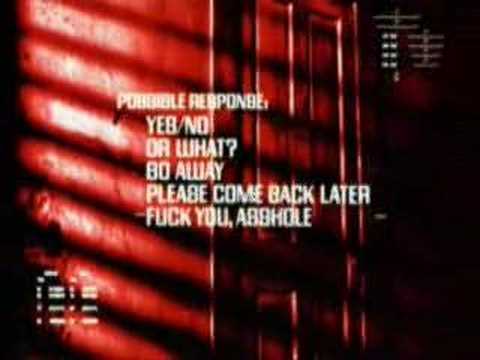 It seems the GOP is defaulting to the Terminator option....

I will admit, when Trump said it immediately after the bill was pulled, I didn't think much of it.  But Trump couldn't blame Ryan, and he couldn't blame the House GOP, so he blamed the Democrats, and he blamed the American people by damning them to what he thinks will be healthcare hell.

““I’ve been saying for the last year and a half that the best thing we can do politically speaking is let Obamacare explode,” Trump said at the White House. “I think the losers are Nancy Pelosi and Chuck Schumer, because now they own Obamacare. They own it, 100 percent own it.”

And he really, really meant that, because he repeated it for emphasis:

“Perhaps the best thing that could happen is exactly what happened today, because we'll end up with a truly great health care bill in the future after this mess known as Obamacare explodes,” Trump said. “So, I want to thank everybody for being here. It will go very smoothly.”

Once all that human suffering has happened, and the people cry out for a savior, and all eyes turn to Trump.  You gotta break a few eggs to make an omelette,  you know, and sometimes you have to destroy the village in order to save it.  Anyway, the sentiment  apparently inspired Lindsay Graham to pick up a shovel and jump in the hole, too:

In the meantime, we have Sean Spicer to kick around:

“When you look at legislative efforts, I think the president has given it his all,” White House press secretary Sean Spicer told reporters Friday. “And I think it shocked a lot of people, frankly, how very, very detail-oriented, how personal it was for him ― calling members, you know, as early as 6 in the morning and going to 11 at night the last several nights, sitting down meeting after meeting with them, coming back and revising it, having his team back and forth.”

Is that what you call it, Sean?  Because we still have the pictures of Trump playing in an 18-wheeler on the White House lawn as the GOP tried to frantically whip up support for the  first vote on the AHCA, the one postponed for a day.  And even without that, if this is as much as Trump can do when he gives it his "all," then he really can't do much, can he?

As health care vote gets scrapped for tonight, here's Trump in a big rig on the White House driveway honking the horn & pretending to drive pic.twitter.com/vTkNnJkrrc
— Steve Kopack (@SteveKopack) March 23, 2017

Thanks for the memories
Posted by Rmj at 9:36 PM