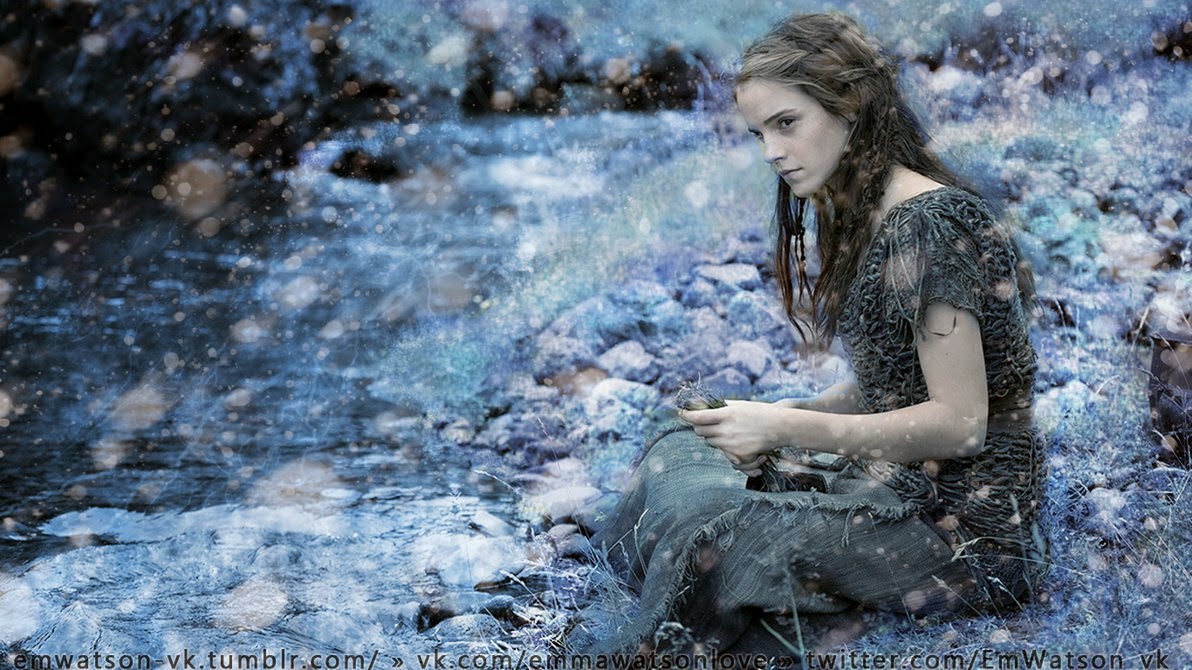 Yeah, it's just an excuse to post a picture of Emma Watson

Tout le monde is upset by the Supreme Court's ruling today, and once again the skies ring with predictions of doom and desperation.

And I'm trying to remember a time when money and power didn't determine who ran the country from political offices.  Give me a minute, I'm sure it will come to me.

What has been stricken down since Buckley v. Valeo is the limits on campaign contributions enacted as part of the reforms of Watergate.   I think Watergate was more an impetus for reform than those limits were a true reform of a system that elected such a paranoid and corrupt politician as Richard Nixon; because, in the end, it's a representative system, and we get the government we accept.

And American history has proven we accept a lot.

We are supposed to be upset because this opinion upsets the noble concept of "one man (ahem, "person"), one vote."  As if voting were all that really mattered.  I voted for Barack Obama; twice.  Does anyone imagine that grants me favored entry to the White House, a direct line to the President's cell phone; a backchannel for chats with Michelle about what's really going on in the Oval Office?

One way Shakespeare tells us that Desdemona's father, Brabantio, is a big cheese in Venice is that he can go directly to the Duke's palace in the middle of the night, and expect to get in.  I always tell my students that's the equivalent of being able to call up the President and get in to see him at 3 in the morning.

Brabantio is a powerful man; he is powerful because he is rich.  Because he is rich and powerful, he can appeal to the Duke to set aside the marriage of his daughter to Othello, and expect it to happen.  Do I have more power than Brabantio because my leader is elected, not chosen at birth?

So now corporations can give unlimited contributions, and this is a terrible thing.  Actually, the terrible thing is that now our politicians never stop campaigning.  U.S. Senators and Representatives are expected to spend at least 4 hours a day dialing for dollars, if they hope to hold onto their seats.  They can't do it on government property, but that's the only restraint we can impose on them.  British politicians can only campaign within a narrow window; otherwise campaigning is banned by law.  We can't do that here because of the 1st Amendment; everybody accepts that.  Free speech means I am free to speak about why you should elect me 24/7, and starting the day of the latest election, if I choose.

Is money speech?  Why not?  What isn't speech?  If I write an incendiary play, but I'm not allowed to perform it, isn't that a denial of free speech?  Now what if I can perform it, but I can't spend any money to do so?  Is that any different?  We define political speech as the type that must be the freest and most open.  We allow slander and near-libel of public figures because of free speech.  We say money is not speech, but what we mean is money talks and that bothers us because we fear it talks too loudly.  We mean the rich should not have more speech than we do, but then the market determines who speaks loudest anyway.  CNN is not a political organization, but FoxNews pretty much is.  Neither has as large an audience as broadcast networks do, still, but both speak louder than the networks (or seem to), and both literally drown out Pacifica network.  Yet I can still listen to Amy Goodman if I choose to.  Is her speech less free because fewer people choose to listen?

Money can't buy me love, and money can't buy me political victory, either.  Sheldon Adelson has spent more on politicians than any individual in history.  I think the number of candidates he backed who won office is:  zero.  I could be wrong about that, but I'm pretty sure I'm not.

Frankly, I'm more worried about the influence of the Koch Brothers; they don't back candidates so much as they back ad campaign like puppet headed Uncle Sam with a speculum.  And even then, they didn't get Obamacare repealed or scare young people away from the program meeting its enrollment goal.

So how does this opinion really change the landscape?  Stephen Colbert has already shown us how easy it is to create a PAC, and then turn it into a SuperPac.  Has this decision today really fundamentally shifted the ground beneath us?

Scott Brown was essentially the Senator of Wall Street; Elizabeth Warren, a Harvard Law School professor with no particular political skills she didn't learn on the campaign trail, handed him his head.  He's now hoping to get on the ballot in New Hampshire.  Rudy Giuliani was anointed "America's Mayor" and, given he's a partner in a major law firm, had major corporate backing.  He didn't make it to the convention.  John Connally, for those who remember that far back, was the richest candidate in the GOP primaries; he ended up with 1 delegate.  Mitt Romney had the backing of his 1% friends, including Sheldon Adelson.

Ted Cruz's wife works for Goldman Sachs(IIRC).  He won because he's a Republican in Texas.  It used to be said of Texas Democrats that they were yellow-dog Democrats, because if the Democrats ran a yellow dog on the ticket, voters would elect it.  The only thing that has changed in Texas political culture is the name of the party that wins almost without fail.

Yes, money is the mother's milk of politics; but until you amend the First Amendment, we will never be able to limit campaigning to certain months of the year, or limit campaign spending to only what is  provided by the government.  And if you want to corral the likes of the Koch Brothers, you'll have to repeal the 1st Amendment altogether and ban all political speech not conducted by recognized political parties and their duly authorized agents.

Now, finally, the despairing say, the dam has well and truly burst; and afterwards, there will only be the flood.  The fact is, that dam burst a long time ago.  All the court did today was kick a few more stones, so that even fewer of them will be left one atop another.
Posted by Rmj at 3:18 PM