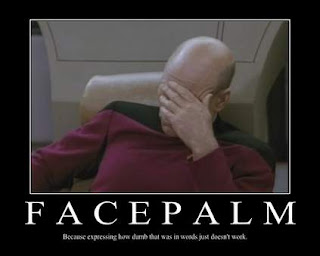 Never again let anybody tell me Richard Dawkins is an intelligent man:

But if you can breed cattle for milk yield, horses for running speed, and dogs for herding skill, why on Earth should it be impossible to breed humans for mathematical, musical or athletic ability? Objections such as "these are not one-dimensional abilities" apply equally to cows, horses and dogs and never stopped anybody in practice.

And if Richard Dawkins thinks it's a good idea to open that can of worms once more, from his privileged position as on Oxford don and a man of renown, then God have mercy on him.

Because no one else will.

But don't ever tell me he is an intelligent man, unless you are willing to encourage the ideas of Charles Murray, too.  Because, after all, Mr. Murray was only trying to prompt a discussion, too; and human intelligence, or musical or athletic ability, is just like breeding a cow to produce more milk, or a horse to win more races.

Simple, right?  And breeding people for function; what could be wrong with that?

Somebody take the podium away from Mr. Dawkins; he's making an ass of himself with it.*


*Yes, I know it's 8 years old.  Funny I'd never heard of it before, but then the champions of Dawkins are apparently only smart enough to publish complete crap as "reason and science."