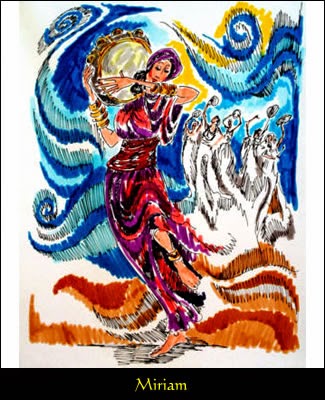 The biggest fallacy in our modern political discourse is this belief that because one believes in God, one has to involve God’s wishes in your decision-making. The problem with that, as Carter understands, is no one actually knows what God is thinking and so they are simply asserting what they believe and assuming God is along for the ride. The best thing Carter could do to advance the cause of a liberal, feminist Christianity is to challenge his fellow Christians to get past this endless loop of Bible-mining and instead to join the secular world in putting the real-world evidence first and seeing where it leads them.

Everyone takes their presumptions from somewhere, and everyone starts with presumptions.  They are not "true" because they are objectively sourced from "reason."  All the subjugation of women started long before Christianity and is not inherent to Christianity (if you don't believe me, read Chaucer.  I suggest "The Miller's Tale" and "The Wife of Bath's Prologue."  And I will just point out that the woman in both, is named "Alison," and she always manages to come out on top.  Literally, and figuratively.)  So to argue that starting with "reason" will somehow not start you from Western culture (which is by now so intertwined with Christianity there is no unwinding it; you cannot tell the dancer from the dance) is simply foolish.  And if Western culture is inherently sexist (and I will accept, arguendo, that it is), then you need to start by critiquing that sexism, and its basis in history.

Forget Socrates and Xanthippe (almost everyone does), let's go to Moses and Miriam.

After successfully crossing the Red Sea (which didn't exist, at least not in the form described in Exodus or crossed by Charlton Heston.  It's Egypt.  Name me a Great Lake in Egypt.  There is a Reed Sea, but it's a marsh; more of a swamp, really.  End of discussion.), Moses bursts into a song of praise to God for their deliverance.  So does Miriam, Moses' sister.

Never heard of her song?  That's because all we have of it is the "refrain" (per my Revised English Bible) at the end of Exodus 15:21.  The rest of her song?  Well, she didn't sing it, right?

Not likely.  More likely she had her tongue, so to speak, cut out.  You can read all about it in the work of the (so-called, because I find the title a bit misleading and demeaning to their fine work) feminist Biblical scholars.  They have been doing fine work for decades now (I encountered them nearly 2 decades ago, and they weren't new, then) in the field, recovering the lost voices of people like Miriam by pointing out what we don't have.

The parallel here is to Luke, and Mary's Magnificat, easily the longest of the four songs in the Lukan nativity narrative.  Luke restores some of what was lost.  And that should tell us something.

You can, as Ms. Marcotte complains of Pres. Carter doing, "cherry-pick" Bible verses to support your claims.  Or you can use reason and "real-world evidence" to examine assumptions literally "baked in" to the Bible, to find a new hermeneutic, a new method of understanding (because we all have methods of understanding, and whether we understand that, and them, is really the key to hearing anew what God has been saying all along).

You could say, for example, that Miriam's song survives at all merely reflects the lack of attention to detail of the male censors so long ago.  Or you could say, as I would, that it testifies to the endurance of God's truth, that is must find its way to us in the cracks and the forgotten places, even in God's own  word.

And that should teach us to approach the scriptures with more humility, and less arrogance that our reason (which is no different from secular reason; sorry, but it's true) is all we need to understand what we think we already know.