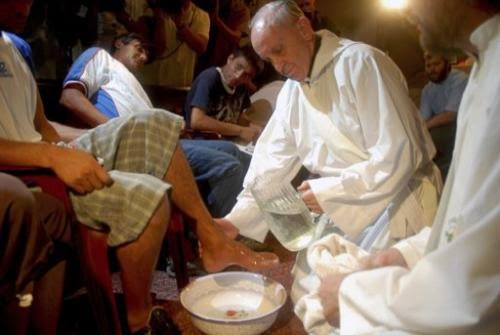 And today I learn that "analytics" is about "finding the reasoned facts."  Which is an epistemologically interesting assertions (where do I find them?  And where do "reasoned facts" originate?).

Today I also saw a homeless man, riding a bicycle against the traffic on a rather narrow street.  I presume he was homeless because he seemed distracted in that way that living on the streets will do to you:  a little turned away from all that was around him, while at the same time hyperaware of his situation and the attention it drew to him.  He also seemed to have all his worldly possessions (a bedroll, primarily) on his back, and his bicycle clearly hadn't come new from a bike shop; not any time recently, anyway.

I wonder if he was particularly concerned with the lack of widespread knowledge in America of the Big Bang Theory, or how many people accepted the theory of evolution; or, for that matter, how many Americans were concerned with what sort of soteriology Christians should espouse.

The British Prime Minister got himself in a bit of a tangle recently by referring to Britain as a "Christian Nation."  My response to that is not "How dare he?" but "What in the world does that mean?"  Confession to a statement of belief?  Allegiance to a set of doctrines?  Having a state church?

Or how people in Britain behave toward the poor, the marginalized, the widow, orphan, and the alien among them?

As one commenter at Religion Dispatches put it, on a related Cameron statement about Easter:

I am delighted and encouraged to hear that David Cameron has stressed the importance of explaining to young people the significance of Easter. Presumably that will include emphasising that, fundamentally, the resurrection was God's vindication of Jesus of Nazareth, the northern radical executed in the southern capital for his relentless attack on the wealth, power, and hypocrisy of the religious and political establishment.

I'm just guessing none of that enters into Mr. Cameron's consideration as to what makes a "Christian nation."

It is sometimes pointed out, by critics of Christianity, that Paul didn't know the gospel stories of Jesus (and there's no evidence from the letters that he did; aside from the Last Supper, Paul has no story of the life of Jesus of Nazareth to tell at all, and precious little about his teachings).  This is actually a point in Paul's favor, and in the church's favor.  Paul's emphasis is on what Jesus did, not what Jesus said; and to Paul, Jesus was faithful in his life and actions to God even to death.  To Paul, the resurrection of Jesus was the vindication of how Jesus lived.  We find it easy to re-interpret the sayings of Jesus preserved in the gospels (the "eye of the needle" was not a needle's eye but a narrow gate, for example.  It's not at all true, but it's a comforting way of reading a very uncomfortable remark about wealth and the basiliea tou theou.)  We find it even easier to overlook Jesus's actions:  his forgiveness offered to prostitutes and beggars and thieves; his directive that we take care of each other (which we value far less than the "Great Commandment" that we make disciples of all nations.  Witnessing one's faith in words is so much easier than washing someone's feet.).

On the radio, on the way home this morning, I heard four learned persons discuss the problems of poverty in America:  some advocated economic solutions, others said it was a matter of public policy, another that the root problem was in the culture of failing people in the inner cities, where 30% succeed and 70% fail, and why the 30% succeed is little appreciated or understood but must be used to teach the 70%.  Everyone had their answer, and the answer was always about how to rectify the situation of the "other."

And I wondered if that homeless man would care anymore about what they said, than about how many people in America don't know what a "theory" is in science, or even what most Christians really believe, as opposed to the caricature drawn by so many New Atheists.  If we found the reasoned facts about poverty, or homelessness, or even science education in America, what would that mean?  Wouldn't they have to prompt us to do something?

Is that what facts do?  Prompt us to take action?  Or is it something else?