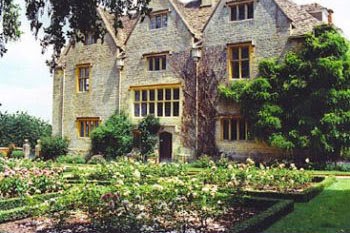 This is what made the penny drop:

“Transcendence” should really be called “Him,” with a capital H: Born again in digital space and connected to the Internet, Depp’s character becomes an avaricious, power-hungry and petulant God, the unbearable, finger-in-every-pie overlord of the Old Testament.


I have nothing against Mr. O'Hehir's review, and I didn't want to see "Transcendence" in the first place (he confirms my impression from the trailers; it's tedious sci-fi, at best.  It's the film we've all seen before.), but that one line about God and the "Old Testament" finally made me realize, the rejection of the God of the Old Testament is not only a kind of latent anti-semitism we can easily trace back to John's Gospel (for historical reasons), but it also represents a rejection of what the God of Abraham was really all about:

The contrast is always set up between Jesus in the New Testament as loving and kind and only wanting the best for you, and the God of the Old Testament, a thundering warlord who only wants to punish sins.  Of course, Jesus says all kinds of harsh things ("It is easier for a camel to pass through the eye of a needle than it is for a rich man to enter into the kingdom of heaven!") which get re-interpreted or just ignored so we can preach some version of the Gospel of Wealth ("Jesus loves me, this I know, my fat checkbook tells me so!").  And all that harsh "Thou shalt not" stuff belongs to the Hebrews and the shepherds and the warrior god of...well, not of Israel, that would be anti-semitic.  So  the "Old Testament" isn't even the scriptures of the Jews because, well, that would be anti-semitic.

But it's a dead certainty the God of the Old Testament (but not the Jewish scriptures!) is avaricious, power-hungry, and petulant.  Mostly because he tells us to do things we don't want to do.

That's really what it comes down to.  The stories of the Hebrew Scriptures we all know are in Genesis or Exodus:  the Garden of Eden, the Flood, the Red Sea.  The only one extant is David and Goliath, and the story of Jonah and the whale (which we never connect to Nineveh and Tyre).

Proverbs, Psalms, Job, Ecclesiastes, all the major and minor prophets:  ignored.  The consistent message of the God of Abraham, from Genesis through Zechariah:  that God wants justice; concern for the widow and orphan; fairness between peoples, humility, and indeed, great joy:  lost in the mistaken notion that the god of the Old Testament requires endless blood sacrifice and the crushing of all his enemies, and the god of the New Testament requires only that you live as fat, dumb, and happy as you possibly can.  The only two choices are Conan the Barbarian, or Jesus the Hippy.

The social justice of the teachings of Jesus is as neatly snipped out as Thomas Jefferson removed all stories of miracles; the social justice of the law of Moses and the teachings of the prophets is completely ignored in favor of a few stories of war in a few books that no one ever reads more than one or two verses from:  the ones that confirm their vision of what that god is all about.  The laws are reduced to a few "Thou shalt nots" and to not eating shellfish.

And why?  Because we love violence and abhor the other?  Yeah, pretty much.  We prefer to leave out of the call to Israel (and the covenant of the Old Testament is with Israel, not with humanity.) anything that might smack of obligation to the other:  the widow, the orphan, the poor, the dispossessed, the alien among us.

As Dom Crossan points out, these are not small things.  God calls Israel (and Jesus his disciples) to care for the poor and needy in a rich society; the widows and orphans, in a patriarchal society; the alien, in a tribal society.

Do we really think human existence has changed so much since the days of the "Bronze Age shepherds," or 1st century Palestine?  Has human society changed so much that we don't recognize those categories anymore?  We have eliminated polio and smallpox, and we're no longer quite as tribal as before.  But is there a fundamental change that makes these directives as foreign to us as the Middle English of Chaucer, the Old English of Beowulf?

So it is easier to caricature the Old Testament as reflecting a god of vengeance and violence, and the New Testament presenting a god who loves us just the way we are.  Because, as Eliot observed, human kind cannot bear very much reality.