"America has a 'profound hatred of the weak and the poor.' "--Matt Taibbi 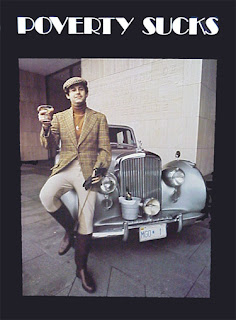 Notes toward a discussion, or:  A tedious, semi-scholarly addendum to what I was saying below, via Reza Aslan:

Look, if you are someone who believes that Jesus is literally God, then he has no context, and who cares where he lived or who he lived with or what his cultural or religious biases may have been? Simply by trying to place Jesus in the context of this time and place, I must be offending some very conservative Christians. But to be perfectly frank, the real venomous, critical response from this book hasn’t come from the religious right, it’s come from the political right — and that’s what First Things is — a politically right-wing magazine, much more so than it’s a religious right-wing [magazine].

The real Jesus, the historical Jesus, the Middle Eastern Jew who advocated for the poor, whose politics were adamantly, I would even say violently, against the wealthy, is a Jesus that is very threatening to a lot of these guys in the right wing. I mean, if you can with a straight face stand up and say that Jesus would want to get rid of food stamps and welfare, as some of these guys do, obviously you’re going to feel extremely threatened by historians who present a Jesus who in actuality stands against everything that you pretend that he stands for.


Which, as I've said before, is completely in line with the prophets; that's one reason the Muslims consider Jesus a prophet, as well.  In one sense, he was.  But to separate Jesus from the prophets, we need to redefine the "word of God" as starting with Jesus.  And to better effect that break, we need to redefine the Hebrew Scriptures as the "Old Testament" where God was only interested in kingship (God tells the people, through Saul, that a king is the worst thing they can have.  God turns out to be right.) and bloody rule, sprinkled with lots of "thou shalt nots."

Though I have to say this is a statement that could only be made by a non-pastor:

No; people are looking for entertainment ("Noah") or something that interests them, but doesn't challenge them to change they way they live.  Nothing about "Noah" or Aslan's book challenges a person to change their life.  It entertains, or it makes them feel smugly superior to the "fundegelicals" they imagine all Christians (because the only Christians are American Christians) to be.  And a great deal of that can be linked to what Noam Chomsky observed:

If you care about other people, that’s now a very dangerous idea. If you care about other people, you might try to organize to undermine power and authority. That’s not going to happen if you care only about yourself. Maybe you can become rich, but you don’t care whether other people’s kids can go to school, or can afford food to eat, or things like that. In the United States, that’s called “libertarian” for some wild reason. I mean, it’s actually highly authoritarian, but that doctrine is extremely important for power systems as a way of atomizing and undermining the public.

Or even what Chomsky observed about Christianity and Pope Francis.

Just as a grace note (I told you these were just notes):  if you want to see an example of an almost Pavlovian response to stimulus, drop in on any article at Salon which mentions "religion," "New Atheists," "Dawkins," "Hitchens," or "God."  There is one up now about Ayaan Hirsi Ali and the war on terror (basically, how she champions are war on exterminating an idea).  The comments are all about religion and atheism and all the tired arguments of the New Atheists (who have apparently decided that is a derogatory term and should be treated as the new "n-word").  The responses are provoked no matter what the stimulus.

It's almost a test-tube for a sociological study.  It's essentially the same arguments, howled over and over again.  It's like wandering into a bar fight where everybody is arguing over who has the biggest member, ad nauseum.   I mention this because there isn't a lot of discussion at this article about the political issues Aslan raises, but there is a lot of discussion about atheism and Christianity, a/ka the usual bar fight about who swings the biggest pipe.

And, serendipity or synchronicity or coincidence or action of the Holy Ghost (take your pick), NTodd had a link to this up the day I wrote this; and the language below is language I completely agree with, and would post at the head of the comment section at Salon and Slate whenever religion, Dawkins, God, etc., is somehow invoked in any article there:

Look, go ahead and debate religion. Go ahead and tell Christians why what they believe is wrong. That’s totally fine and, in fact, I encourage it. A little debate and critical thinking are good for everyone. But do it intelligently. Get to know the Bible, so you actually know what you’re disagreeing with when you form an argument. Brush up on your theology so that you can explain why it’s so wrong. And have some compassion, for Christ’s sake – be polite and respectful when you enter into a debate, even when the person you’re debating with loses their cool. You want to prove that you’re better, more enlightened than Christians? Great, do it by remaining rational and level-headed in the face of someone who’s willing to stoop to personal attacks. To behave otherwise is to be just as bad as the people you’re debating.