Once more into the apophatic.... 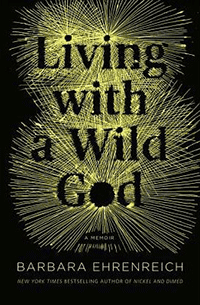 A number of thinkers have reached the conclusion that the aniconic ramification of the monotheistic creed is the undoing and demythologization of theism whence it follows that the final iconoclastic achievement of monotheism would call for destroying the idol of the very God personified as the deity that must be worshipped without being idolized.

Levinas had this in mind when he wrote in Totality and Infinity that monotheistic faith implies a metaphysical atheism, that is, the true expression of monotheism requires one to divest the notion of God of all mythic personifications and all positive characterizations.

In the profoundly ironic formulation of Henri Atlan,“the ultimate idol is the personal God of theology . . . the only discourse about God that is not idolatrous is necessarily an atheistic discourse. Alternatively, whatever the discourse, the only God who is not an idol is a God who is not a God.”

As it is the case with other mystical traditions, so the kabbalah adds to this insight to the extent that masters of this esoteric gnosis have incorporated the apophatic heritage of Neoplatonism into their experience and description of the infinite.

Rosenzweig’s quip that the path of the via negativa leads to the insight that mysticism and atheism shake hands succinctly captures the sense that the proposition that God can be defined only in his indefinable nature is notionally on a par with both the mystical avowal of the ineffable and the atheistic lack of belief, the conviction of faith and the skepticism of doubt.

On this crucial point, a range of thinkers has been influenced by Derrida’s insistence that the unsaying of apophatic discourse, which is common in mystical testimonies, has always been suspected of atheism. Interestingly, Derrida also spoke of kabbalah as a kind of atheism, by which he intends the polysemic indeterminacy that subverts the monosemic essentializing of God as the metaphysical absolute that is fully present.

Mystical atheism, by contrast, entails a paradoxical reversal: God is most present in the place from which God is most absent. (emphasis added)

Nevertheless, the apophatic claims about God’s super-essentiality, God’s being more than being, which is still a being—albeit the being of nonbeing—are indicative of what Heidegger named ontotheology. On the face of it, Derrida is correct and we must distinguish the deconstructive logic of dénégation and traditional negative theology: in the case of the latter, nothing can be spoken because the infinitude of being is beyond language, whereas in the case of the former, the limit of language bespeaks that there is nothing of which to speak, neither the presence of absence nor the absence of presence.

I offer the possibility that the gap between these two worldviews might be narrowed on the grounds that the apophatic pronouncement, literally, a speaking-away, connotes not simply the affirmation of what is negated but also the negation of what is affirmed: the being that is beyond being is a being only insofar as it is not a being—its being, in other words, is not to be.

I had to take enough of that to give it a proper context. These are concepts worth exploring; and further example that, if you think this is merely atheism, from a theist or an a-theist point of you, then perhaps your God is still too small.

I have nothing to add at the moment; mostly I wanted this in a place where I could look at it from time to time.