Of lipstick and pigs 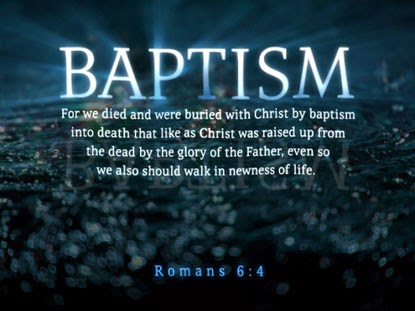 First, let's be clear:  one of the defining marks of a Christian, as agreed to by most (but not necessarily all) denominations, is baptism.  Christianity identifies two sacraments universally:  baptism, and communion (the eucharist).  Sacraments because they are sacred acts; holy; to be set apart and kept pure.  Sacraments are sacred to Christians; they are also definitional.

So for Sarah Palin to say this:


"Come on. Enemies, who would utterly annihilate America, they who'd obviously have information on plots, to carry out Jihad. Oh, but you can't offend them, can't make them feel uncomfortable, not even a smidgen," she said. "Well, if I were in charge, they would know that waterboarding is how we'd baptize terrorists."

Borders on blasphemy, if blasphemy were still universally recognized by Christians.

It is also stupid and offensive.  Baptism is a sacrament whereby one enters into the Christian community.  In Christianity it has its roots in the Gospels.  So the first question is:  why would Sarah Palin want to force terrorists to enter the Christian community?  Baptism represents, to Christians, the grace of God.  Why does she want to compare God's grace to punishment and torture?

The second question is:  why would she want to equate a sacrament of Christianity, one universally acknowledged as one of two hallmarks of Christian practice among Protestants as well as Catholics, to torture?  Why does she want to make the sacred profane, except for her own self-aggrandizement?

I am, I will admit, heartened that her remark is not sitting well with "conservatives" any more than it does with me, a "liberal."  Their responses are even more pointed and grounded than mine.  This one, especially, caught my eye:

Unfortunately, what Palin is proposing is a mixture of pagan ethics and civil deistic religion. She could have provided a more useful recommendation by supporting a Christian view, for on this issue in particular, Christian anthropology not only provides the correct view but the only one that can provide an adequate framework in which to form our conception of our "enemies."


Sarah Palin made a lot of noise about her Christian beliefs; but now she blithely tosses them aside for the sake of attention (I daresay she only made them public in the first place for the sake of attention).  This is not typical of many professed Christians; but it is typical of people who want to parade their Christianity in the public square, and use it to get attention for themselves.

I know she gains notoriety with this, which is all she ever really wants; but this is sinking down, even for her.

UPDATE:  The repercussions continue.  I can only hope, with Ms. Posner, that Ms. Palin has finally worn out her welcome and used up her 15 minutes.