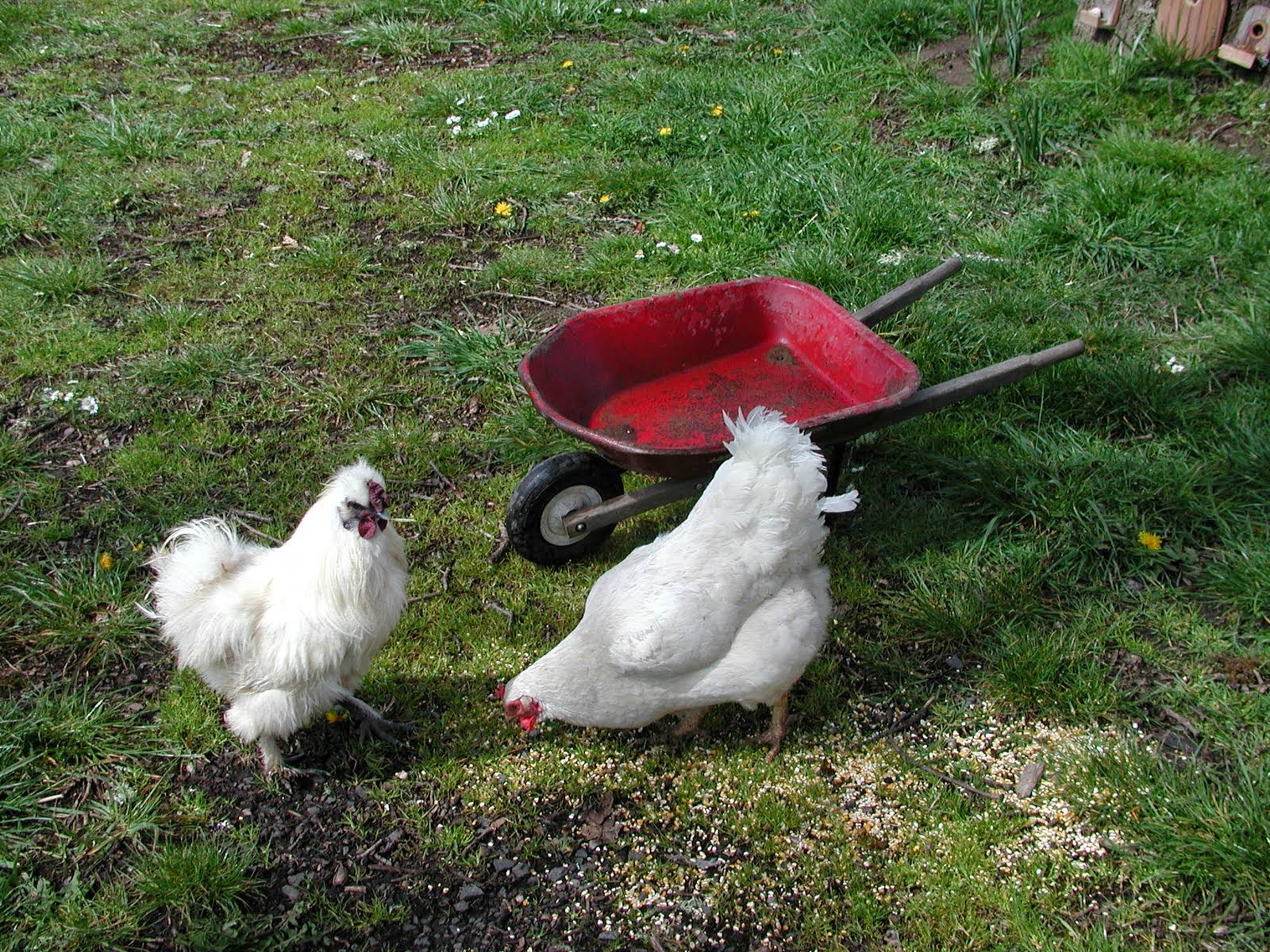 I find this courtesy of the Thought Criminal:

Part of the disconnect, Ehrenreich suggests, involved her atheism, which remains a proud piece of her heritage. "I was born to atheism," she writes, "and raised in it, by people who had derived their own atheism from a proud tradition of working-class rejection of authority in all its forms, whether vested in bosses or priests, gods or demons. This is what defined my people: We did not believe, and what this meant, when I started on my path of metaphysical questioning, was that there were no ready answers at hand."


I was not "born to atheism;" but I nearly embraced it at one point. I was so disgusted with the soteriology of "Are you saved?" that I considered rejecting religious belief altogether.  I learned to reject "authority in all forms" by rejecting the religious authority around me, especially the Southern Baptist brand extant in the culture I grew up in. As a Presbyterian among the Baptists, I was already suspect. But again, Ehrenriech conflates belief with "believing what you know ain't so." Belief is a construct, be it built upon scientific experiments you have never conducted (how many of us are qualified to read the test results of a cyclotron, or an x-ray, for that matter?) or upon a religious belief you were raised in. Contrary to popular opinion, confirmation happens to adolescents because they are, by that age, expected to decide for themselves. That most decide to be confirmed, and then leave the church (maybe to return, maybe not) says a lot about "respect for authority" and what you are "born to be."

When I started on my "path of metaphysical questioning," there were no ready answers at hand, either; mostly because I questioned the basis of the metaphysics that was providing me the answers. When I found Western metaphysics was rooted in Plato, I didn't find the secret truth hidden behind appearance; but Ehrenreich did:

Well, I think there’s a series of little strange things that happened there. First when I was 13 I started having these, what I now found out now are called, dissociative episodes which — suddenly the layer of language and associations and significance peels off the world, and you just see what’s underneath.


Which is simply a form of Platonism, of dualism:  what is seen or known (she conflates the act with the metaphor; "sight" = "knowledge," perhaps even "understanding") is shadow, what is real is "beneath."  Even the problem of placement is present there, as it is in the opening words of John's gospel.  John says the Logos was "pros ton theon."  The Logos was "before" God.  But does that mean in time, or in space?  In the presence of, or predating?  Is the reality of the world actually "underneath" the sheets of language and association and significance?  Is there a noumenon which can actually be known?

Kant would be shocked.

Alright, alright, enough pointless quibbling.  I come to bury Caesar, not to praise him.  But before I do:

Such a distinction is important, for "Living With a Wild God" is not a book of faith. Educated as a scientist, trained as a reporter, Ehrenreich does not believe in what she cannot see.


So does she "believe" in justice?  Truth?  Beauty?  Love?  If so, can you please show me any of those things?  They are not visible, and I can only point to examples of them as I define them (your mileage may vary, as the intertubes say), yet they motivate people across centuries, cultures, empires.  Are they just brain chemistry?  Cultural markers?  Sex or territory or selfish genes, misspelled?  I ask because, educated as a scholar and a lawyer and a clergy, I don't believe in what cannot be adequately explained or at least discussed with some consistency.


"In some ways," she says, "the book is a critique of science, which offers very much a Cartesian view of a dead world." At the same time, she adds, "I'm still an atheist because I can't say that what I encountered had anything to do with a deity. This hung me up for a long time, the tendency to conflate the mystical with something good or holy. The attribution of moral qualities seems bizarre to me, since the only morality I know is human morality."

And human morality cannot be divine morality because?  I ask because the point is usually presented to prove God is unnecessary as well as non-existent (the two great bugaboos of atheists, it seems), rather than as the contrary and equally plausible proposition:  that morality is known to humanity because it comes from a single, central, and so "universal" source.

Or perhaps it doesn't, and the plan is still that foreseen by the Hebrew prophets:  that the blessings of God upon the children of Abraham who live by the precepts shown to them will be a light to the nations, and the true blessing of the people Israel.  Maybe morality is not, in other words, the be all and end all of religion and Christianity; maybe morality is the byproduct of wisdom, and our lives are not guided by what makes us happy (Aristotle) but by sophia which proceeds from God (Jesus and the Hebrew prophets).

So much depends upon a red wheelbarrow, glazed with rain water, beside the white chickens; and what you make of it.


"How," she asks, "do we reconcile the mystical experience with daily life? Let us be open to the anomalous experience. If you see something that looks like the Other, do not fall on your knees. Find out what it is and report back."

Kierkegaard would have a lot to say about that; which doesn't make Kierkegaard right, so much as it makes the conversation much more complex than Ms. Ehrenreich's simplistic either/or.  For one thing:  is there an objective stance from which one can regard the events of one's own life?  And is that "objective stance" privileged above all others?  Some commenters at Salon have already pointed out what Ms. Ehrenreich experienced can be explained in terms of brain chemistry (a reductio argument that isn't well supported by anything except assertions, but let it go).  Ms. Ehrenreich, with a PhD in cell biology, doesn't seem to accept that explanation for her experience.  Perhaps she has good reason not to; perhaps she considers it unsatisfactory to objectively explain her experience.  Perhaps her ability to be objective about her experience is not what she thinks it is.

Or perhaps Kierkegaard was on to something:

Suppose that Christianity does not at all want to be understood; suppose that, in order to express this and to prevent anyone, misguided, from taking to road of objectivity, it has proclaimed itself to be the paradox.  Suppose that it wants to be only for existing persons and essentially for persons existing in inwardness, in the inwardness of faith, which cannot be expressed more definitely than this:  it is the absurd, adhered to firmly with the passion of the infinite.
...
But the absurd is a category, and a category that can have a restraining influence.  When I believe, then assuredly neither faith nor the content of faith is absurd.  Oh, no, no---but I understand very well that for the person who does not believe, faith and the content of faith are absurd, and I also understand that as soon as I myself am not in the faith, am weak, when doubt perhaps begins to stir, then faith and the content of faith gradually being to become absurd for me.
...
If the paradoxical-religious address does not pay attention to this (the incomprehensibility), it abandons itself to the mercy of legitimate ironic interpretation, whether the address peers behind the curtain with a revivalist's mussiness and spiritual intoxication, reads the obscure runes, catches a glimpse of the explanation, and now sermonizes on it in a singing tone that is the echo of the seer's unnatural association with the marvelous....The basis of this misunderstanding is that, despite the use of Christ's name, etc., Christianity has been showed back into the aesthetic (something the superorthodox unwittingly are especially successful in doing)....which in time has explanation in something higher behind itself, rather than in Christianity's being an existence-communication that makes existing paradoxical, which is why it remains the paradox as long as there is existing and only eternity has the explanation.

In briefer terms:  the truth of any religious doctrine is in its acceptance by the faithful (trust being, as even Shakespeare showed repeatedly, the only basis upon which human beings can function as social beings; can function, in other words, as human beings).  It is what William James called a "living option."  A community gives that option life.  But that option is granted by the community, and no other.  The argument of Johannes Climacus here is that there is a community in which the claims of Christianity are wholly understood; or at least wholly realized; and another community, in which they are wholly misunderstood, and what is understood ceases to be Christianity.  Science is also a "living option," in this sense; but it is not THE universal living option, nor even the one which crowds all others out.

There is something substantive to all this, in the end.  The presence, or absence, of God is not confirmed by individual experience:  it is confirmed by a community.  If that community is not one of believers, confirmation is impossible because the reality of God is impossible.  If that community is one of believers, confirmation must fit the understanding of the community as to the nature of God.  This is often used to undermine the reality of any religious claim, because the claims should be unitary and unambiguous.  Of course, life understood by physicists is not life understood by geneticists is not life understood by medical doctors is not life understood by psychiatrists or anthropologists or sociologists.  And while all those fields produce good and useful information the "hard" sciences tend to be rather chauvinistic about their superior view of the world, and trying to reconcile "selfish genes" with anthropology or psychiatry is a mug's game (or with reality, for that matter) and the world as seen from the point of view of quantum mechanics is really little different than the Renaissance view of the medieval Scholastics.  Physicists who describe the world of quantum mechanics insist it is true because the mathematical equations say it is (holy be the name of the equations!), and we can no more question it than a medieval Catholic can question Holy Mother Church.  While we don't have the church pronouncing on heresies, we do have writers doing so.  And the community of believers insists on raising its voice, be that voice mainline Protestant or fundamentalist Christian or "radical" Islam or the Pope in Rome (so many Christian denominations alone are left out of that, and "everybody knows" the Jews are no more religious than Woody Allen, except for those guys in the 19th century Polish garb, and they don't count), but in a world which no longer acknowledges their assertions (not faith claims; that's another matter entirely.  In atomization, as Ms. Ehrenriech mentions, comes understanding.  Well, sort of.)  It is that change in the world which is causing the problems.

Not that this wasn't foreseen in the 19th century in Denmark. Or the early 20th century, in Germany.  This isn't new, but it's finally in front of us.  Whether or not we can reconcile it all, is the question for our age.

Judging from appearances on the internet, there isn't much hope of that.  Then again, the commenting class on the internet is a tiny portion of the world; not even enough to be the tail wagging the dog.  Maybe a flea on that dog's tail, imaging its flexing is causing the tail to move....