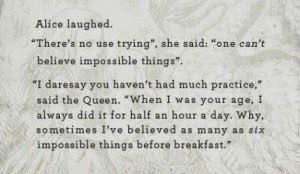 Yes, this is bad:

“About 4 in 10 say they are not too confident or outright disbelieve that the earth is warming, mostly a result of man-made heat-trapping gases, that the Earth is 4.5 billion years old or that life on Earth evolved through a process of natural selection, though most were at least somewhat confident in each of those concepts. But a narrow majority — 51 percent — questions the Big Bang theory.”


But then, honestly, so is this:

Last year, the Dawkins Foundation posted an Internet meme claiming that Easter is named after the Babylonian goddess Ishtar, which was dragged out again by contrarians who reposted it to remind everyone what Easter is “really” about. This secret history of Easter is a bit like the childhood myth that consuming Pop Rocks and Coke at the same time causes your stomach to explode: It doesn't matter if it's true, it's fun to tell people because it makes you feel smart. These smug proclamations are not only irritating, they’re a disturbing index of our level of discourse about religion. Surrounding the Easter/Ishtar conspiracy theory is a toxic brew of anti-intellectualism, heresiological claims masquerading as historical ones, and simple sadism and incivility facilitated by new media.

I mean I can, like the White Queen, believe six impossible things before breakfast.  Or I can accept that the earth is 4.5 billion years old and yet still not accept evolution as a sound theory, or climate change as an explanation for the current state of the planetary atmosphere.  I might even doubt the veracity of the Big Bang Theory; though to what end, I can't begin to imagine.

But if that is a mark of ignorance that should not stand, what about the yeasty ignorance about Christianity?  Because apparently that Bell Jar post from last year is still generating controversy this year (the post itself is based on Wikipedia articles, which I'd hardly call scholarly.  Truth be told the origin of the English word "Easter" is murky.  Oestre is not attested by any other document (like the Edda) than Bede's history, and the only other support is the 19th century work of Jacob Grimm, who likewise didn't find any documentary evidence for this "goddess."  I'm not going to say this "goddess" ever existed in German culture, based on that evidence.  So where does the word come from?  Who knows?).

Most of this, as Laycock points out, originates with the Reformation, and Protestants determined to put away "Popish" heresies.  You have only to read the Puritans on the reasons not to celebrate "Christmas" to get a flavor of their disgust with anything connected to the Church in Rome, and that's coming almost 150 years after Luther.  The rest of it arises from post-Enlightenment Europe; as intellectuals tried to separate themselves from the church of Augustine and Aquinas, they turned to making up stories about the church and Christianity, the better to denigrate them.  As an example of where that can get you, you can (and should) read Laycock's article to find out how Dawkins is making common cause with a man who insists the architecture of Manhattan models Stonehenge; prove that both are places of pagan idolatry.

You can't make this stuff up.  Well, you can, if you don't care that you don't know what you are talking about.

Consider which actually has more impact in the world:  understanding the Big Bang Theory, or thinking the Church (Roman or just Christian in general) is actually a pagan conspiracy, or so impure (and the interest in purity, or holiness, continues to intrigue me.  Ironies abound.) as to be actually harmful to people just from its impure beginnings.  It's a short step from that to deciding religious people are not worthy of consideration or regard, or their choice of worship.  Rejecting the Big Bang Theory won't really affect the way I treat others; but treating their religious beliefs and practices as something to be derided because they are based on fallacies and inaccuracies that you take as "hidden history," may well have an affect on how people live their lives; or just what you think of them, and the lives they lead..

Ignorance leads to many things, and knowledge is not the cure for ignorance many think it is.  Still, I have a hard time despairing over how many Americans understand the theory of evolution or the theory of the origin of the cosmos.  Far more influential on individual and social behavior is misinformation and outright lies on what underlies religious beliefs and practices.  As Laycock says:

Unless your purpose is not to make progress (in which case ignorance is bliss), perhaps we should consider more knowledge and education on many subjects, not just on a few grand cosmic theories that really don't have that much to do with getting through the day.