Still looking for the keys 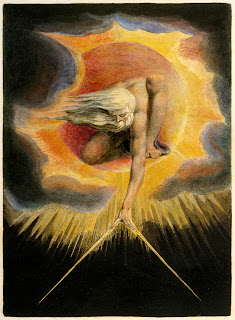 I like The Cubit because it is usually very sensible, as in the case in point.  And more and more I like the story of the drunk looking for his keys under the lamplight, because it is such a good explanation of how we form grand theories of everything, like the origins of religion:

And Barash is alarmingly comfortable engaging in wild speculation and generalizations. Nowhere is this clearer than in his treatment of the origins of religion. Riffing on the alpha-male-polygamy theme, Barash argues that religion comes from fear of a powerful male father. God, he suggests, was “created in the image of a dominant, alpha male polygynist.” Contemporary religion is the legacy of that terror.

Reading this little account, I was struck by three things. The first is that Barash’s evidence almost entirely comes from cherry-picked passages of Abrahamic scripture, which might not be the most rigorous way to analyze All of Religion. It’s one thing to note that people have used metaphors of romance and rage to describe their relationships with the divine, and quite another to conclude that these literary expressions represent the fundamental human fear-impulse toward faith.

There are two conjoined problems there, and it's not just cherry-picking (proof-texting, we seminary graduates like to call it) the scriptures for whatever suits your thesis.  That problem is related to the problem of interpretation which too many people not trained in philosophy or literature or even just textual criticism or scriptural studies, are prone to overlook:  everything you think is a matter of interpretation.

So if I say the "Old Testament" presents God as hairy-thunderer smiting the wicked and declaring war on all kinds of people in favor of Israel, well:  I'm ignorant.  I'm also wrong.  True, I can "read" the scriptures for that interpretation, but what I'm doing is interpreting scripture:  I'm not establishing objective truth.  Post-modern thought is pretty much an acknowledgment of this fact (Wittgenstein is particularly interested in it):  we interpret a text just by reading it, and if we don't change the frame of our interpretation, or better critique that frame and recognize it's influence on what we "read," then we fall into error.

Like the error of thinking the Hebraic picture of God is one of a fearful cosmic tyrant.  Indeed, the idea of God as "powerful male father" is almost laughable to anyone who has read the scriptures without looking for confirmation of that particular bias (i.e., with ideological blinders on.  And why that kind of interpretation is not anti-Semitic has always been a mystery to me).  A God who dares Israel to put him on trial, and who declares faithfulness to Israel even when they have betrayed their covenant, a God who restores Israel even after the breaking of the covenant, is not exactly a power-mad father figure reaching for the belt to teach the children a lesson.  The lesson of the Exile is not that God dealt out to Israel what Israel dealt out to others when it was being established, but rather that God leaves Israel to the consequences of its decisions, so that perhaps Israel will learn that both faithfulness and faithlessness to the covenant have their consequences.  God doesn't smite Israel; God redeems Israel.

Or consider the story of Israel under the judges, and then Israel demands a king, like all the other kingdoms around.  God gives Israel what they ask for, after warning Israel against it.  Walter Brueggeman has done a lot of work explaining how Solomon has a reputation for wisdom and goodness because he purchased that reputation, not because he earned it.  And yet God is the angry father figure?  How much of the Hebrew Scriptures do you have to ignore to draw that picture?

Which brings us to the drunk under the lamppost.  As The Cubit asks, is focussing on Abrahamic scripture really the best way to analyze "All of Religion"?  I think Buddhists and Hindus, to name just two, might be surprised by that.

But to someone raised in America, the light is so much better under the Bible's lamp.....