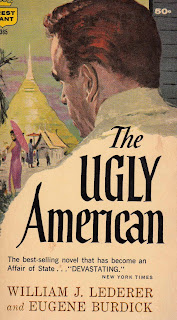 I'm starting to become all things not-Bernie, but really, somebody needs to stop him before there's nothing left:

The whole Bernie-goes-to-Rome thing has been a shambles, to be honest. The campaign got Sanders a back-door invite which surprised and irritated the academy president, not to mention stepping on the roll-out of Amoris Laetitia, the Pope’s new teaching on the family. Then they did it again, taking a private jet to Rome to speak on the idolatry of money in the middle of a make-it-or-break-it primary in New York, and arriving in Rome on a day when the Vatican would much rather be talking about Francis’ meeting with Patriarch Bartholomew in Lesbos about the European refugee crisis.

As if that weren’t bad enough, Sanders showed up with his family in tow, undercutting the high-minded moral message he was supposed to be delivering, and Oh, sweet Jesus, did they really put his logo on a picture of the Pope?! All this in service of a message that won’t impress or inspire anybody who wasn’t going to vote for Sanders to begin with.


Setting aside he had only 10 minutes to speak, and he mostly re-hashed his stump speech, when will Americans understand that the whole world is not a backdrop for them?  That's my take-away from this:  Bernie Does Vatican City.  It's the Ugly American redux.  And for what?  The Catholic vote in New York?

But of course flying a private jet to Rome with his family for a ten-minute speech, and flying right back again, is not a patch on Hillary's Goldman Sachs transcripts, or something.  I mean, I don't really care anymore, but every charge and counter-charge has become so useless and petty and meaningless.  Bernie is so pure he flew to Rome on the wings of freedom, but Hillary is so evil just the fact she has any investments proves Wall Street/Satan owns her immortal soul.

Feh.  Really, the worst part of this, for me, is the Ugly American part of it.  Are we really that obtuse?