"And I am sure that I never read any memorable news in a newspaper." 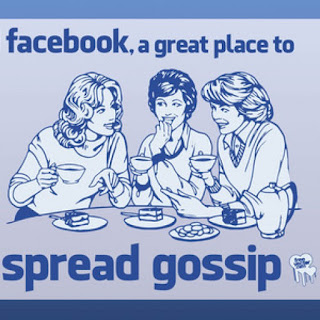 Here's the segment of the original story that got "re-reported":

Clinton won by a wide margin— and there was much eff-you high-fiving in the ballroom of the Sheraton New York. But Sanders’ defeat (accompanied, as always by the big crowds and even bigger torrent of online donations) was the bitterest one yet and deepened the already yawning fault lines between the Bernie stalwarts and a Clinton team increasingly itchy to see him gone. Not going to happen anytime soon, apparently: The tweet being incredulously digested at a Clinton victory party was an MSNBC report quoting Sanders campaign manager Jeff Weaver defiantly claiming his candidate would take the fight to the convention floor — even if Clinton secured an overwhelming lead among pledged delegates and supers.

“We kicked his ass tonight,” a senior Clinton aide told me Tuesday night. “I hope this convinces Bernie to tone it down. If not, f--- him.”


The original is a story with five different "stories," rather evenly split between the two victors in New York's primary.  But the words of the "senior Clinton aide" are the only ones anyone was interested in.  So, at Salon, where it's no surprise Ben Norton is outraged:

“We kicked his a** tonight,” bragged a senior Hillary Clinton aide.

“I hope this convinces Bernie to tone it down. If not, f**k him.”

A Politico reporter says this is what he was told Tuesday night, after Clinton won the New York primary, with around 58 percent of the vote to Sanders’ 42 percent.

Voting day was plagued with enormous problems, leading to widespread accusations of voter suppression and disenfranchisement.

Not too surprising, as I say; and the focus there is on alleged voting irregularities; but clearly the Clinton camp are sore winners who want Bernie Sanders to go away.  But then, at TPM:

Among Politico reporter Glenn Thrush's takeaways from Tuesday's New York primary, which saw big wins for Hillary Clinton and Donald Trump, was a senior Clinton aide's sharp take on Sen. Bernie Sanders (I-VT): "tone it down" or "fuck him."

Reflecting on Clinton's double-digit victory, the anonymous senior aide told Politico: "We kicked ass tonight," adding, “I hope this convinces Bernie to tone it down. If not, fuck him.”

And both TPM and Salon highlight the language in their headlines, the better to draw attention to the stories.  Except both leave out the context, which is doubly odd at TPM because they ran the original story which Politico reports was read in a tweet at Clinton NY Campaign headquarters:

During an interview on MSNBC, Steve Kornacki asked Weaver whether the campaign will still try to persuade superdelegates to side with Sanders if Clinton wins the overall popular vote and pledged delegate count in the primary.

"We're going to go to the convention," Weaver said in response.

"It is extremely unlikely that either candidate will have the requisite number of pledged delegates to get to this number," he added. "So it is going to be an election determined by the superdelegates."

Kornacki pressed Weaver and asked how Sanders could persuade superdelegates to switch their support if Clinton is winning overall.

The MSNBC host asked once more if the Sanders campaign will try to flip superdelegates even if Clinton wins in terms of both pledged delegates and the popular vote.


It was those comments that prompted Josh Marshall to label Weaver as "toxic."    So it's fair to say the Clinton aide's remarks were in response to Weaver's toxic declaration of defiance of even a show of democracy.

This is not all that big a story in the grand context of things.  But in this age when reporters now interview reporters on the radio, and when stories are re-told by other media outlets, it would seem the stories are more and more like gossip, and what you hear at the end isn't the story as it started out.

Which seems to be a very particularly internet related problem, and maybe one more reason the internet is fragmenting us into tinier and tinier groups, rather than helping us bridge our differences.
Posted by Rmj at 9:00 AM