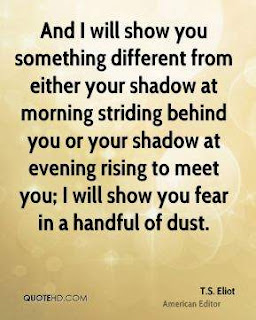 Actually I am feeling a little bit creepy, why do you ask?

Southern Beale notes that Tennessee wants to check your birth certificate before you pee in public:

And while I concede some of this may be a result of state actions clarifying guidelines on transgender issues, I think most of it stems from an increasingly panicked conservative movement, which has watched helplessly as religion continues to die as America’s dominant cultural force. I don’t for a second think anyone really cares which bathroom people use. I do think conservatives are reaching the bottom of the barrel, however. Their key issues used to be abortion and gay rights and prayer in public schools. These were the issues that kept the donations flowing and the mailing lists refreshed. But those issues have pretty much been decided already. Those battles are, for the most part, over. The number of issues which will keep Aunt Edna sending in her $10 check to the FRC, or keep Uncle Elmer voting Republican, or make for a tasty election-year soundbite are running thin. We’ve gone from the big stuff to the increasingly ridiculous. 10 Commandments statues at the courthouse? Umm, okay, maybe that’s important to someone. Or an increasingly small group of someones (personally, I could give a shit. If that floats your boat, no skin off my nose, but it doesn’t mean jack shit).

But now we’re talking who uses what bathroom? How is this not an example of desperation? Of a movement which has completely run out of ideas?

The GOP is running Ted Cruz against Donald Trump to be the GOP nominee for POTUS.  How is it not obvious the GOP has completely run out of ideas?

As for religion as "America's dominant cultural force." when, exactly, was that?  Seriously.  I grew up in one of the many areas of the South that called itself "the buckle of the Bible Belt" (belt had more damned buckles across the nation than it did leather!).  I knew Baptists who proved all the jokes about Baptists:  they don't make love standing up because people will think they're dancing; the only time they don't speak to each other in public is in the liquor store; the only way to keep a Baptist from drinking all your beer in the fishing boat is to bring another Baptist.

Dominant cultural force?  Only if you think "dominant" means more honored in the breach than in the keeping.  And pretty much it was, but as a cultural force, it never really was.  It was just the culture, like all the little white kids played together on playgrounds at schools separate from all the little black and sometimes Hispanic kids (depending on region, more than anything).  It was what everybody agreed was "true."  Religion was just a way of stamping approval on something we were all going to do anyway.

And it pretty much started as a "dominant cultural force" in the '50's, when conformity was a bulwark against Communism, and when America emerged as a world leader and decided to take that responsibility seriously.  Far, far too seriously.  It was also America's reaction to the cultural collapse of Europe in two world wars (we overlook that, although the evidence for it is written in the literature of the 20th century, both in the work of Europeans and especially of American ex-pats from Eliot and Pound to Hemingway and Fitzgerald).  After all that turmoil and disaster (best seen in Eliot's work, from "Prufrock" through "The Wasteland" to "Ash Wednesday", but Hemingway does it, too,  And Scott Fitzgerald despairs of American money culture as deeply as Eliot and Hemingway despair of European religious culture), it's really not a surprise the reaction of America to the second world war was a Return to Never Was, and a new Victorianism (you can see it in the movies, in the shift from the 30's reactions to the Depression to the '40's war movies to noir, largely neglected here until the French named it and claimed it, to the '50's strait-jacket films where all deviation from middle class middle American standards are presented and punished for your entertainment.  It's a perverse form of watching the lions do their work at the Coliseum).  No wonder the now neglected Beats reacted the way they did.  The '60's Generation took their cues from Ginsberg and Kerouac, even if that would have bewildered Kerouac and bemused Neal Cassidy.

There are, today, plenty of churches and denominations which endorse most of what we do now, from  divorce to same sex-marriages to not even being married but living together, and all the other ways to behave which are now culturally accepted if not all culturally approved.  But those churches don't make noise because they aren't opposed to the world the way it is.  What has changed is not religion, but the culture:  the shattering that took place in Europe finally took place in America, starting with Brown v. Board (roughly) and then in earnest when the post-war boom that had papered over so much in American life began to run out of steam in the '70's.  The dominant cultural forces were racism and economic security for the middle class; those are the forces that are actually dying in America and creating the anxiety that supposedly undergirds the actions of Trump voters or legislators in Tennessee.

It isn't really religion that prompts solons to pass laws declaring bathroom access must be defined by birth certificates:  it's racism.  The last acceptable racist attitude is toward the LGBT crowd, a group we can only identify by behavior (or, I guess, medical records and birth certificates).  What's being proposed is legalized discrimination of those people, on no better grounds than the segregation laws which were finally overturned in 1964.  There really isn't anything in the "10 commandments" or in all of Leviticus or Deuteronomy about who gets to go into which public restroom, or what documents you need to pass the portal (I keep imagining bathroom police in Tennessee demanding "Papers, please" before letting anyone in.  That's going to make sporting events interesting.....).