It takes a virtual village to firebomb a super delegate 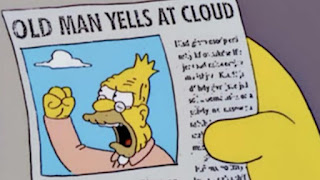 In my limited review, Clinton and non-Sanders supporters seem to congregate at TPM.  Sanders enthusiasts tend to gather at Salon.  I had figured the latter were an unrepresentative grouping of truly extreme and fanatical supporters of the Vermont Senator.

Boy, was I wrong:

Superdelegates have been hearing from Sanders supporters for months — and it's not always pleasant. Akilah Ross Ensley is with the Young Democrats of America, and she's a superdelegate, who plans to support Clinton. She has to check her professional Facebook page several times a day to deal with all the messages and posts.

"You should be ashamed of yourself," Ensley reads from a recent Facebook message she received. "Maybe you will do some soul searching and have some integrity and think about the decisions you're making and its implications."

Ensley said she's been called names, and there have been expletives.

"They said, you know, you should go to hell," said Ensley, describing another message. "How dare you vote against your own interests as an African-American woman. I expected you would be smarter than that."

When Clinton-backing super delegate Joyce Elliott heard she was on, what at the time was called the Superdelegate Hit List, she was taken aback.

"That is, that is very interesting," Elliott said after laughing uncomfortably. "As far as I know, this is probably only the second time I've been on a hit list, and the other one was not pleasant."

Elliott is a state senator in Arkansas and the last time she was on a hit list, it was over legislation she had introduced. That time, she said, the FBI got involved. This list isn't as scary. Although, she has heard from 20 or 30 Sanders supporters, trying to get her to switch.

"Some of them will tell me, you know, how awful Hillary is, therefore, I should support Bernie, and then tell me how great Bernie is," said Elliott, who has known the Clintons since the 1970s. "And that's the kind of thing I think that is not helpful."

For Ken Martin, the chairman of the Minnesota Democratic Party, the flow of messages is constant, 20 a day, he said. His state went for Sanders in its caucuses, and the pressure to switch from Clinton to Sanders is intense.

"Someone received my cell phone number, and they posted that, and so I'm getting calls on my personal cell phone from people all over the country," Martin said.


I know I'm piling on at this point with my Sanders' critiques, but seriously:  what is the difference between these people and Trump supporters?  And can't we know a politician in part by the people who support him/her?

And you just gotta love the intertoobs that make all this invective possible.  Ain't technology grand?  Why, I'm old enough to remember when this gift to communication was gonna make global villagers of us all.

(And, courtesy of NTodd, the most reasonable Sanders supporter I know, there's this.)