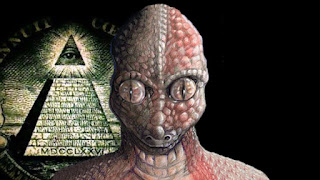 It would explain a lot, wouldn't it?

I would say I expect better of Bill Moyers than this, but then, he's the one who made Joseph Campbell famous (Campbell was one of the emptiest suits among scholars):

True story: Speaking of an audience, I walked into the grocery store yesterday near my apartment. The stock manager sidled up to me in the bread section and said, “What a circus, what a circus,” referring obviously to the New York primary. I had hardly got the words—seriously, I had hardly got the words ‘Donald Trump’ out of my mouth before he interrupted me. “That Trump is something,” he said. “He tells it like it is. And he’s right, you know, both political parties have stacked the deck against guys like me.” Then he paused and he said, “But nobody pays any attention if I say it.” I mean, is that his stone-age brain speaking?

Shenkman: That is his stone-age brain speaking. So the stone-age brain is the brain that developed during the Pleistocene. The Pleistocene is the long ice age, it lasted two and a half million years, and that’s when the human brain was mainly evolving. We’re still evolving as human beings. We haven’t stopped evolving, we’re continuing to evolve. But it was during that period that we mainly evolved. And we evolved to address the problems of hunter-gatherers who lived during that period.

"These findings suggest new ways of thinking about learning," Miller said. "They suggest that new learning isn't simply the smarter bits of our brain such as the cortex 'figuring things out.' Instead, we should think of learning as interaction between our primitive brain structures and our more advanced cortex. In other words, primitive brain structures might be the engine driving even our most advanced high-level, intelligent learning abilities," he said.

The cortex--the "thinking" part of the brain--is highly developed in humans. This is especially true for the prefrontal cortex. Common wisdom suggests that when we learn new things, the prefrontal cortex figures things out first. Then, as our behaviors become familiar and habitual, the more primitive, subcortical basal ganglia take over so that the now-familiar routines can be run off automatically and occupy less of our thoughts.

"What we found was evidence for something very different," Pasupathy said. "We found that as monkeys learn new, simple rules--associations analogous to 'stop at red, go at green'--the striatum of the basal ganglia shows evidence of learning much sooner and faster than the prefrontal cortex. But, an interesting wrinkle is that the the monkeys' behavior improved at a slow rate, similar to that of the slower changes inprefrontal cortex."

This suggests that while the basal ganglia "learn" first, their output forces the prefrontal cortex to change, albeit at a slower rate.

One patch of ice doth not a winter make, nor a single study a solid conclusion.  But Carl Sagan saddled us with this idea of a "reptile brain," and it always was little more than 19th century phrenology in another guise.  As Stephen Jay Gould explained in his most important popular science work, we spent much of the 19th century deciding who was smart and who wasn't based on how we described the brain.

And we're still doing it.  Now it explains why people don't support our preferred political candidate, but it's the same baseless argument as studies of skull size and capacity, and close-set eyes and "low brows." You don't even need the summation of a study to recognize the flaws in Shenkman's reasoning.  "Primitive" is still being used to mean "NOK" long after science has abandoned that meaning in favor of more narrow and accurate meanings.  Even discussing the "reptile brain" as a thing is simply perpetuating 19th century racism.

All that's missing is to describe Trump supporters as dirty, unkempt, and unsanitary.
Posted by Rmj at 9:50 AM