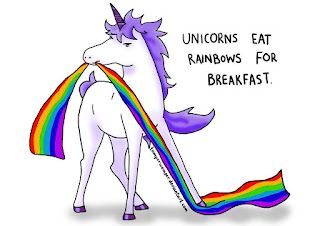 "I do not know much about gods; but I think that the market
Is a strong green god - sullen, untamed and intractable...."

It's not that I disagree, per se; it's just that this sounds better coming from Walter Brueggemann:

Daily News: And so how does that destroy the fabric of America?

Sanders: I'll tell you how it does. If you are a corporation and the only damn thing you are concerned about is your profits. Let's just give an example of a corporation that's making money in America, today, but desiring to move to China or to Mexico to make even more money. That is destroying the moral fabric of this country. That is saying that I don't care that the workers here have worked for decades. It doesn't matter to me. The only thing that matters is that I can make a little bit more money. That the dollar is all that is almighty. And I think that is the moral fabric. To me, what moral is, I've got to be concerned about you. You've got to be concerned about my wife. That's moral to me. That's what I believe in. And if the only thing that matters to you is making an extra buck, you don't care about my family, I think that's immoral. And I think what corporate America has shown us in the last number of years, what Wall Street has shown us, the only thing that matters is their profits and their money. And the hell with the rest of the people of this country.


Because we're electing an administrator and a President, not a Hebrew prophet.

Charlie Pierce has the right answer; or you could just say:  "Detroit," and leave it at that.  Reinhold Niebuhr went through this, in Detroit, actually, in the '20's.  He was a pastor, not a politician; and he found out it wasn't as easy as just railing against those you thought were responsible.  Nor was it very effective.

Southern Beale dissects this interview and capably points out Bernie is making about as much sense as Trump.  For example:

Daily News: So if you look forward, a year, maybe two years, right now you have…JPMorgan has 241,000 employees. About 20,000 of them in New York. $192 billion in net assets. What happens? What do you foresee? What is JPMorgan in year two of…

Sanders: What I foresee is a stronger national economy. And, in fact, a stronger economy in New York State, as well. What I foresee is a financial system which actually makes affordable loans to small and medium-size businesses. Does not live as an island onto themselves concerned about their own profits. And, in fact, creating incredibly complicated financial tools, which have led us into the worst economic recession in the modern history of the United States.

Daily News: I get that point. I’m just looking at the method because, actions have reactions, right? There are pluses and minuses. So, if you push here, you may get an unintended consequence that you don’t understand. So, what I’m asking is, how can we understand? If you look at JPMorgan just as an example, or you can do Citibank, or Bank of America. What would it be? What would that institution be? Would there be a consumer bank? Where would the investing go?

Daily News: No. But you’d be breaking it up.

Sanders: That’s right. And that is their decision as to what they want to do and how they want to reconfigure themselves. That’s not my decision. All I am saying is that I do not want to see this country be in a position where it was in 2008, where we have to bail them out. And, in addition, I oppose that kind of concentration of ownership entirely.

Daily News: Well, it does depend on how you do it, I believe. And, I’m a little bit confused because just a few minutes ago you said the U.S. President would have authority to order…

You don't really need SB's commentary to point out that doesn't really hang together.  First:  hope is not a plan.  Second:  you leave it to the bank to decide how it breaks itself up?  Huh?  And then a miracle occurs and the economy is stronger than it's ever been, because of what?  Creative destruction?  And the President can't order this, but the Secretary of Treasury can?  Because the President is not a dictator, but the Sec. of Treasury is?  Or isn't, but it's okay because at least it's not the President?  And a stronger national economy means 20,000 people can be laid off with impunity? Or that it will produce unicorns which will dismantle big banks with rainbows?

Seriously.  I'm having trouble making sense of this.*

*Hillary raised questions about this interview which prompted Bernie to shoot back that Hillary was "unqualified" to be President because primaries and caucuses!  But it turns out Sanders only reads the headlines, so all is (sort of) settled, if not forgiven.  And, you will notice, we're no longer talking about the substance of the interview.  As the Sanders campaign (if not the candidate) understands.