Flag on the play 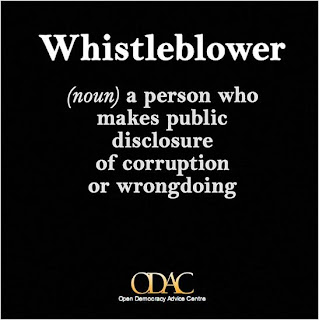 Or uses one o' them whistles only dogs can hear


I'm sorry for all the people who don't invite Glenn Greenwald to dinner, but this is actual whistleblowing.


Sez Charlie Pierce.  And the news the whistle blows?  The CIA is not dead yet!


The CIA’s dominant position will likely stun outside experts. It represents a remarkable recovery for an agency that seemed poised to lose power and prestige after acknowledging intelligence failures leading up to the Sept. 11, 2001, attacks and the 2003 U.S.-led invasion of Iraq.

The surge in resources for the agency funded secret prisons, a controversial interrogation program, the deployment of lethal drones and a huge expansion of its counterterrorism center. The agency was transformed from a spy service struggling to emerge from the Cold War into a paramilitary force.

Actually, I think the news here is that the CIA has a big budget, and we finally know what it is, thanks to Edward Snowden.   The CIA funded secret prisons?  Say it ain't so, Joe! Yr. host is just a humble blogger, but haven't we known that for at least 8 years? The CIA is using drones? Stop the presses! I had no idea! Oh, wait, we did know that. So what is the news here?  That the CIA has a budget, and it's far bigger than the NSA's budget? However:

Of note is the lack of any language detailing abuse or misconduct, ostensibly the reason for these leaks to begin with.

Or maybe it's this:

The agencies had budgeted for a major counterintelligence initiative in fiscal 2012, but most of those resources were diverted to an all-hands, emergency response to successive floods of classified data released by the anti-secrecy group WikiLeaks.

For this year, the budget promised a renewed “focus . . . on safeguarding classified networks” and a strict “review of high-risk, high-gain applicants and contractors” — the young, nontraditional computer coders with the skills the NSA needed.

Among them was Snowden, then a 29-year-old contract computer specialist who had been trained by the NSA to circumvent computer network security. He was copying thousands of highly classified documents at an NSA facility in Hawaii, and preparing to leak them, as the agency embarked on a security sweep.

“NSA will initiate a minimum of 4,000 periodic reinvestigations of potential insider compromise of sensitive information,” according to the budget, scanning its systems for “anomalies and alerts.”

Which prompts Joshua Foust to note this:

But more immediately: an insider threat program was derailed because of Wikileaks. Specifically, the government panicked so strongly about the threat caused by leaking documents classified at a lower level than this document that it diverted resources from the very program that possibly would have exposed Edward Snowden before he could have leaked.

Lots of people, opposed to all forms of government secrecy, will applaud this report as a great moment in Transparency, capital-T. And I do think Barton Gellman and his reporting team deserve praise for not publishing full programmatic details online — that truly would have presented a grave threat to national security. But I just don’t understand how honest observers can look at the massive, systemic destruction Chelsea Manning’s leaks caused and still say, with a straight face, that they did no damage. They did enormous damage, and we’re still dealing with the aftermath of it.

I'm still listening for the whistle that's allegedly being blown.  Snowden is now in the custody of the Russians, with his four computers and who knows how many copies of the documents he took.  The NSA doesn't even know how much information he took, but I'm betting the Russians, at least, know by now.  To imagine the Russians don't have that information is to imagine a world of fairies and unicorns.  To imagine the release of those documents hasn't done considerable damage is to not be paying attention; if only because they have led to overblown claims the NSA knows when you are sleeping and knows when you're awake, because their technology is not only super-powerful, it's actually magical.

There's been a great deal of bafflegab and balderdash announced around this story, and some of the stupidest now is the idea Snowden was merely a whistleblower.  The problem with that scenario is no one can point to an actual crime by the NSA, or even to valid claims of violations of privacy. And is that because we don't yet know all the truth?  Or because we insist on turning every scrap of information into the worst case scenario possible, and attributing powers to the NSA that a super-villain in a comic book couldn't have?

There's a lot of damage being done by this story, alright; but the damage is to reasoning and common sense, at least.  There is also evidence, thanks to the detention of David Miranda, that the damage may be more serious than that:

Those are a set of bullet points from a government witness in the court case regarding the detention of Mr. Miranda at Heathrow.  Note the information was indiscriminately gathered, meaning Mr. Snowden didn't really evaluate what he had, he just grabbed as much as he could.  I seem to recall the venerable Daniel Ellsberg knew exactly what he was releasing, and exactly what it meant.  Not exactly the track record of Mr. Snowden.

Note it isn't up to Glenn Greenwald to decide on behalf of the British people, or the American people for that matter, what is in the national security interest of the United States or Britain.  Note also that the material would allow the identification of British intelligence staff.

I pause here to note the screams of outrage when Scooter Libby outed Valerie Plame.  Not sure now why Scooter wasn't just a "whistleblower," except, of course, he had an ideological axe to grind.  Good thing Greenwald and Snowden's motives are pure, huh?

I know I'm laying this on with a trowel when I thought I would just walk away from it, but dammit, this is important and we need to get it right!  This newest revelation is not the story of a whistleblower revealing wrongdoing; this is the revelation of a secret, the CIA budget.  Except for confirming how much we spend on that agency, it doesn't tell us a thing that's new or noteworthy.

Yet it is supposed to make Edward Snowden a national hero, and Glenn Greenwald a real journalist.

Can we stop trying to justify every new article on this story, and start paying serious attention to just what is being revealed, and just what it really tells us, without embellishment or enlargement or filling in the blanks with magical thinking and baseless paranoia?