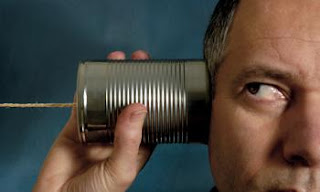 Have I reached the party to whom I am speaking?

If the UK and US governments believe that tactics like this are going to deter or intimidate us in any way from continuing to report aggressively on what these documents reveal, they are beyond deluded. If anything, it will have only the opposite effect: to embolden us even further. Beyond that, every time the US and UK governments show their true character to the world - when they prevent the Bolivian President's plane from flying safely home, when they threaten journalists with prosecution, when they engage in behavior like what they did today - all they do is helpfully underscore why it's so dangerous to allow them to exercise vast, unchecked spying power in the dark.

David was unable to call me because his phone and laptop are now with UK authorities. So I don't yet know what they told him. But the Guardian's lawyer was able to speak with him immediately upon his release, and told me that, while a bit distressed from the ordeal, he was in very good spirits and quite defiant, and he asked the lawyer to convey that defiance to me. I already share it, as I'm certain US and UK authorities will soon see.

It seems his partner, David Miranda, was detained at Heathrow Airport for nine hours, in accordance with Section 7 of the Terrorism Act 2000:

Miranda, 28, was stopped Sunday while traveling home to Brazil after visiting Germany where he met with Laura Poitras, a U.S. filmmaker who has worked with Greenwald on the NSA story. The Guardian reported it paid for Miranda’s flights, but did not immediately respond to a request for elaboration on what his role with the newspaper might be, if any.

Mr. Miranda was on his way back from Berlin, where he'd met with Laura Poitras, the woman who filmed Mr. Greenwald's interviews with Edward Snowden.  But it wasn't just a social call:

Seems to me Mr. Greenwald has just explained why the British confiscated all the electronics Mr. Miranda had in his possession.

Mr. Greenwald may style himself a journalist, and imagine this gives him some kind of legal shield under the First Amendment; but that law only applies in the U.S., and it isn't at all clear it gives him carte blanche to deal in stolen documents.  I certainly don't see how this "journalist" shield he thinks he has extends to his partner, especially when he uses Mr. Miranda as a courier to carry stolen information across international boundaries.

I will be the first to admit I think the British Terrorism Act, like the U.S. PATRIOT act, is an overly broad law that gives government far too much police power.  But. Mr. Greenwald is not a privileged person above the law who can act without hindrance.  He should know that, if you strike at a king, you'd better kill him.  I don't think he, or Mr. Miranda, are even being harassed.  I think they are just finding out what governments, even governments of laws, can, and will, do. As Thought Criminal points out,  this is precisely what governments do, and generally with good reason.  I can't help but think this kind of detention is getting attention because Mr. Miranda is not an African American in any city in the United States; or a Latino, or simply a poor (v. rich) man.  People are regularly detained by American police on all manner of pretexts, yet it never makes international news.  Where is Mr. Greenwald's dudgeon about "stop and frisk" in New York?  I think that entire process is unconstitutional, and should be an affront to the notion of due process.  But while Bloomberg screams that the judge is going to let people die, the only thing the judge found unacceptable was the high number of blacks who were stopped and frisked.  We actually allow quite a bit of interference with our personal freedoms, or privacy, in the name of security.  Well, that and white people are not as automatically suspect of criminal acts as black people are, so we're generally not as bothered by daily intrusions on our privacy or liberty.

But when they do happen:  look out!

In the end, Charlie Pierce gets it about half-right:

What has become very plain is that very few of our national institutions -- and especially not our government and our media -- have any idea how to deal with what is essentially a major international brawl over information. You want to fight over land, you seize it. You want to go to war over oil, you grab the other guy's oilfields. But this is a battle over what people know, and how they come to know it, and whether or not they have the right to know it at all. This is a war on the battlefield of the mind. The rules are different. They have to be. Freedom of thought is not a prize to be won or lost, or even to be contested. It is the natural human right of every person on the planet. We are in an age in which technology has accelerated the processes of exercising that right. The institutions that would abridge that right are slow to catch up. Their efforts are clumsy and, in the case of David Miranda in London, brutal. Edward Snowden, International Man Of Luggage, has touched off a period of insanity in those institutions. I really hadn't planned on a "national conversation" in which so many voices seem to be screaming from Bedlam. This is not going well at all.


This is a fight over information, and the rules do have to be different, because of the technology.  But it isn't a fight over freedom of thought; it's a fight over what is secret and what happens when those things legally classified as secret become public.  It isn't even the Pentagon Papers fight, over what is secret and what shouldn't be secret.  I'm not sure this detention really qualifies as clumsy or brutal, for reasons I mentioned above.  Detention of ordinary citizens, even for a quick frisk, is no less clumsy than detention at an airport for 9 hours.   Detaining a man at an airport for 8 hours is hardly the equivalent of torture, of daisy-cutters, of drone aircraft launching missiles at tall men and a wedding in the desert.  And in this case the insanity was fully predictable; no good deed goes unpunished, and no "national conversation," here, or anywhere else on the planet, is conducted over tea and scones in the quiet of the late afternoon. Frankly, the most interesting part about this to me is Mr. Greenwald's high dudgeon, and his fervid imaginings that he's scaring the governments of Britain and the United States.  He's dealing with people regularly responsible for the deaths of others (and I mean soldiers as well as victims of military action), and responsible for the lives of millions more.  These are people threatened by people who want to inflict death on the citizens those governments are responsible for.  So far, the worst revelations Mr. Greenwald has disclosed have resulted in:  no Congressional action, not even a reduction in the intelligence budgets of the U.S.

And he's threatening them?

That man is so brave!

Update:  unsurprisingly, this is a changing story; but now we know why the British were interested in David Miranda:

“I’m going to publish many more things about England, as well,” he said in Portuguese at Rio’s international airport when Miranda arrived. “I have many documents about England’s espionage system, and now my focus will be there, too. I think they’ll regret what they’ve done.”

Brazil is claiming the detention was unjustified.  If Mr. Greenwald had kept his threats to himself, they might have had a case.