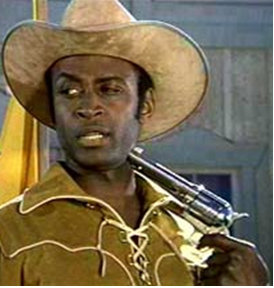 "Listen to him, men. He's just crazy enough to do it!"

So, if I have this right:

Rep. Robert Pittenger (R-NC) received an earful Monday at a town hall after he said that he will not be backing efforts to defund Obamacare and risk a government shutdown.

The exchange was captured and posted by the tea party website ConstitutionalWar.org. A man off camera can be heard asking Pittenger about the defunding effort spearheaded by Sen. Mike Lee (R-UT).

"Do you want the thoughtful answer?" Pittenger asked.

Pittenger then said "no," a clip that the tea party website re-played in slow-motion.

The lawmaker then had a back-and-forth with the man and a woman, who was also off camera.

"Do you think Harry Reid is going to pass that in the Senate?" Pittenger asked.

"It doesn't matter," the man fired back.

"We need to show the American people we stand for conservative values," the woman shouted, drawing a smattering of applause.


The basic idea here is:  put a gun to your own head, pull the trigger if necessary, and thereby show the American people you stand for conservative values.

I, for one, would welcome this act of nihilistic foolishness; if only it carried a guarantee that the American public would indeed see it as standing for conservative values.

Over everything else, including reasoned discourse, governance, and a functioning polis.

Of course, that's not gonna happen; but I'm really waiting for the "At long last, have you no shame?" moment.

*Not trying to invoke Godwin's Law, but the fanaticism of these people is getting a little scary.