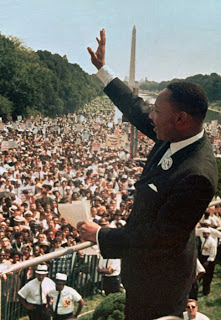 We're good!  Y'all commence to forgettin' about America's racist past now!


The looming anniversary of 8/28/2013 is making all white pundits realize they are not racists any more no sir not at all, and they are not afraid of a brown planet they just wish all the browner people, and especially the really brown people, would stop bringing up racism because everybody knows THAT'S what's really racist!


George Will wants you to quit blaming white people, because what Daniel Patrick Moynihan said is sciency!

“The events to which you refer were foreshadowed by something eight months after the march … A young social scientist from Harvard working in the Labor Department published a report. His name was Daniel Patrick Moynihan. He said, ‘There is a crisis in the African American community, because 24% of African American children are born to unmarried women.’ Today it’s tripled to 72%. That, and not an absence of rights, is surely the biggest impediment.”

I make these observations not to exacerbate a problem but in the hope that we can stop this craziness before things escalate. The conversation-about-race that pundits keep insisting we need to have should end where it began.


Because we shall not cease from exploration until we return to where we started; or we just give up because it's getting too close to the bone.

And besides, if President Obama doesn't stop pointing out he has the same skin color as Trayvon Martin, we'll have to impeach him for being the Racist-in-Chief.  No, seriously:

In so saying, he essentially gave permission for all to identify themselves by race with the victim or the accused. How sad, as we approach the 50th anniversary of the march Martin Luther King Jr. led on Washington, that even the president resorts to judging not by the content of one’s character but by the color of his skin — the antithesis of the great dream King articulated.

I've no doubt George Zimmerman judged Travyon by the content of his character, so everything about that case is Obama's fault.

And wasn't that Dr. King's dream?  That one day white people wouldn't have to feel guilty about how they treated black people for almost 400 years.