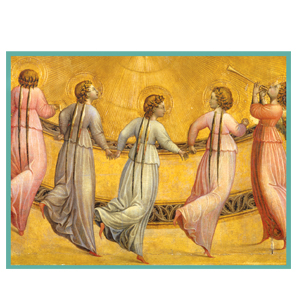 Just to put this argument under the microscope:

First, notice that Mr. Toobin makes an excellent point, that pretty much disappears:


Mr. Toobin agrees that an important debate has been joined, but says no story, no matter how big, justifies journalists’ abetting illegal acts, saying, “Journalists are not above the law.”

“The Jane Mayers, Sy Hershes and Walter Pincuses have all done superb work for decades without the rampant lawlessness that was behind these stories,” he said, adding later, “I’ve never heard any of those journalists endorsing the wholesale theft of thousands of classified government records.”

But the crux of the argument is here:

The larger sense I get from the criticism directed at Mr. Assange and Mr. Greenwald is one of distaste — that they aren’t what we think of as real journalists. Instead, they represent an emerging Fifth Estate composed of leakers, activists and bloggers who threaten those of us in traditional media. They are, as one says, not like us.

Which is supposed to explain why journalists are turning on:  journalists (although until this essay, I've never heard Julian Assange called a "journalist."  Maybe we do need a definition here.)  But as for them not being "traditional," well, who needs objectivity anyway?

It is true that Mr. Assange and Mr. Greenwald are activists with the kind of clearly defined political agendas that would be frowned upon in a traditional newsroom. But they are acting in a more transparent age — they are their own newsrooms in a sense — and their political beliefs haven’t precluded other news organizations from following their leads.

Kids these days!  They're young, they're with it, they know where it's at!  They're the coming thing, amirite?  And after all, the definition stuff is just how the Man harshes your buzz, ya know?

The reflex is understandable, but by dwelling on who precisely deserves to be called a journalist and legally protected as such, critics within the press are giving the current administration a justification for their focus on the ethics of disclosure rather than the morality of government behavior.

Because, after all, the story is about the message, not the messenger.

At which point now I want to bring in Aristotle, a "truly veteran scribe" and the father of Logic, who is also in many ways the father of Rhetoric.  Aristotle identified four major elements of argument:  Ethos; Logos; Pathos, and Kairos (yeah, they sound like the Four Musketeers).  Of those four, only Logos has to do with the facts and reasons of the argument (what everyone here who wants to ignore Mr. Greenwald calls "the real story").  Pathos is about the sympathy the speaker generates from the audience; call it a sense of empathy.  Because they don't care how much you know, until they know how much you care.  Kairos is the sense of the present situation, the urgency of the now.  We need to come back to that in this continuously unfolding story; to examine just how urgent this whole mess really is.

Ethos, the first and last, is the character of the speaker.  As I often tell my students:  if the person making the argument is a child molester, nothing he says is going to be heard, no matter how sound his Logos.  The audience stops listening because they don't respect his moral character.

Like it or not, the character of Mr. Assange and Mr. Greenwald is part of their arguments.

And, yet, leaking documents is what journalists do, so why all the hubbub, bub?


If the revelations about the N.S.A. surveillance were broken by Time, CNN or The New York Times, executives there would already be building new shelves to hold all the Pulitzer Prizes and Peabodies they expected. Same with the 2010 WikiLeaks video of the Apache helicopter attack.

Instead, the journalists and organizations who did that work find themselves under attack, not just from a government bent on keeping its secrets, but from friendly fire by fellow journalists. What are we thinking?

One problem, of course, and this is where the missing Mr. Toobin comes in.  Breaking revelations based on the word of an informant is one thing; possessing 50,000 classified documents illegally removed from that government, is another.

Are the governments of the U.S. and Britain simply being overzealous in their desire to squelch these leakers, these "whistleblowers"? (and do definitions about their actions matter?  Why?  Why not?  Inquiring minds want to know....)  Or are they worried about a kind of theft impossible before, well, almost just now?

Edward Snowden reportedly walked away from Hawaii with 50,000 documents.  In terms of packages of 500 sheets of paper, that's 100 packages, or at 6 packages per box about 16 boxes of documents, packed neatly and tightly and very compactly.  He walked away with that in his pockets.  A theft that should have taken several handcarts and a lot of helping hands.  For all I know he just sent it to himself, he didn't even have to get a thumb drive past security (if there was such security, which is one of the questions really not being addressed in public here).

A theft absolutely unimaginable just a few years ago; and now governments face the threat it could become commonplace.  First Chelsea Manning; then Edward Snowden.  You're in charge of this stuff; you're responsible; how would you react?

And why, if it's stolen government documents, is it okay for journalists (but not anybody else) to have them?  Possession of any other stolen property by anyone without a possessory interest in them is a crime.  Why do "journalists" get to commit a crime the rest of us can't?  Especially possession of such a vast amount of property, which is so important to the government?  Libertarian Rand Paul argues all government programs are a form of slavery.  Which means they are invalid at a level where they can never be valid at all, at a deeply moral level  Are we now saying that government programs relating to national security are equally invalid at a deeply moral level, and that illegal possession of documents regarding those programs is morally justified because it serves a higher purpose?

And what purpose is that?  And what government would we have left, if we so thoroughly insisted so many basic government functions are not only illegitimate but contrary to human society, the way slavery is?  As I plan to lay out shortly, most of what we "know" about the NSA, through the writings of Glenn Greenwald, are simply false.  The man loves unfounded allegations that allow him flights of paranoid fantasy.  And he declares himself and anyone associated with him (so far as I can tell he isn't married to David Miranda) above and impervious to the law, and any action against him grounds for revenge.

This is the brave new world of journalism?  Then Thoreau was right, and it really is just trading in gossip; gossip, and stolen goods.

And here I have to point out the "Pentagon Papers" were published.  We aren't getting published versions of Snowden's documents (the few Greenwald released proved he didn't know what he was writing about, that he misunderstood them very badly).  We're getting Greenwald's version (or some other reporter's) of what those documents say.  The usual press protection in this country is the protection against "prior restraint," against preventing a news outlet from publishing a story.  The work on these documents is straining that concept, especially when there is a small library of documents available, and all that's being said about them is what the journalists want to tell us.

I'm not sure the comparison to the Pentagon Papers case is valid at all.  They were reported by the New York Times; but I used to have a copy of them on my bookshelf.

Which brings us back to the problem of dealing in stolen goods.  If these documents are something the public needs to know, they are something the public needs to see.  Even Wikileaks at least published everything, rather than interpreting it for us.  Where I come from, people who knowingly trade in stolen goods are not universally adored and revered.

Renaissance wags mocked their predecessors, the medieval scholars, by saying the scholars were obsessed with absurdities such as how many angels could dance on the head of a pin.  Today the popular mind takes that as a truism, a historical indication of what medieval scholars were studying.  But applying the same mistaken notion of metaphysics we've decided the new supernatural powers of computers raises a new question:  how many people does it take to read the e-mails of everyone on the planet, including everyone in America?  And the answer, of course, is:  not that many.  But computers have made the production of e-mails enormous; in some offices people can't wade through the e-mails they receive in a day.  That sheer bulk requires eyes and minds to read and comprehend, and the magic of computers doesn't reduce the bulk of that task, or the need of human minds to comprehend.   With world enough and time, perhaps the Federal government could keep track of every piece of electronic communication on the planet; but on what world, and with how much time, would that be possible, or even feasible?

And that's a critique of the NSA, as well as of its harshest critics.