We are all Steven Pinker now 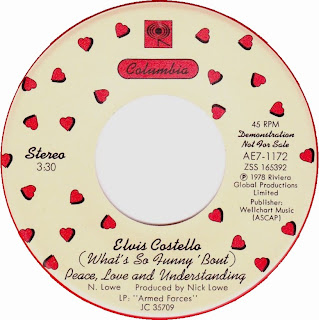 Scarcity, that's what.  Also, you should know better.

So, according to a "meta-analysis" of 63 studies conducted between 1928 and 2012, atheists are likely to be more intelligent than religious believers, because, you know, irrational, and stuff:

Scientists behind studies included in the review most often suggested that "religious beliefs are irrational, not anchored in science, not testable and, therefore, unappealing to intelligent people who 'know better.'”

But the researchers who conducted the new meta-analysis say the answer is a bit more complicated. They suspect intelligent people might have less of a "need" for religion.

"Intelligence may also lead to greater self-control ability, self-esteem, perceived control over life events, and supportive relationships, obviating some of the benefits that religion sometimes provides," study co-author Jordan Silberman, a graduate student of neuroeconomics at the University of Rochester, told The Huffington Post in an email.

Ideas about religion which are on the cutting edge:  of the 19th century.  Such statements make me wonder if this study wasn't conducted more to confirm an opinion than to form one.  It seems a bit unlikely someone would analyze 63 studies from the past 80 years looking for data on religious v. atheist opinions with relation to intelligence (defined for this study as:  “the ability to reason, plan, solve problems, think abstractly, comprehend complex ideas, learn quickly, and learn from experience.") without already having an idea what the conclusion would be.  Especially when your idea of religion is that such "beliefs are irrational, not anchored in science, not testable, and therefore unappealing to intelligent people who 'know better.' "

I wonder if those scientists go home and tell their spouses and children that love is irrational, not anchored in science, not testable, and therefore unappealing to intelligent people who 'know better'?  Just curious.

I would not malign the conclusions of this study quite so much, did I not suspect those conclusions are based on rank ignorance and presumptions about the topic (religion) which are not informed by any information except of the quality reflected in these quotes.  I mean:  really?  After 100 years, are we still no further than faith means "believin' what you know ain't so"?  If you have no knowledge of the subject you are studying, how can you possibly draw any conclusions about it?  If we replace "religion" with "plastic arts" or even "musical arts," would we not immediately conclude these scientists were no more than Philistines and Babbits, proudly denouncing what they are so clearly ignorant of?  If they limited their statements to one religion, and that religion Judaism, would we now dismiss them as anti-Semites?  I know if we change the facts we change the outcome, but is there a fundamental difference here?

If I proclaim my ignorance of a subject, and then denounce it as unworthy of study or understanding, am I wise and insightful?  Or am I proudly strutting my ignorance?  Is religion truly and only utilitarian, worthwhile only to the extent it sometimes provides "greater self-control ability, self-esteem, perceived control over life events, and supportive relationships"?  I realize that the utilitarian take is one view of religion: but is it the scientific and objective one?  Or merely the ignorant and blinkered one?  Does it describe religion?  Or does it, as Jackson Lears said in another context:

...eliminate a wide range of religious experience, from pain and guilt to the exaltation of communal worship, the ecstasy of mystical union with the cosmos and the ambivalent coexistence of faith and doubt[?]


Mr. Lears provides a valuable distinction that I wasn't able to use earlier, but it settles in well here:

As their critics began to realize, positivists had abandoned the provisionality of science’s experimental outlook by transforming science from a method into a metaphysic, a source of absolute certainty. Positivist assumptions provided the epistemological foundations for Social Darwinism and pop-evolutionary notions of progress, as well as for scientific racism and imperialism.


You can hear that positivist assertion in the comments on the study and its conclusions:  the conclusion aren't provisional, they are based on the assumption that reason alone leads to reality; that intelligence, defined as “the ability to reason, plan, solve problems, think abstractly, comprehend complex ideas, learn quickly, and learn from experience.", is the one true source of both reason and its measurement; and that only irrational people oppose this fundamental truth.  This is not method; it is, as Mr. Lears says, metaphysic.  It is opinion raised to immutable truth against which all human activity is weighed and, more often than not, found wanting.

It is, as we used to say in seminary, "bullsgeschicte." Or, to borrow another term from Mr. Lears:  imperialism.


Indeed, I suspect there is more than a little "evolutionary psychology" behind this study, too.   Mr. Lears description of "ev psych" is useful here:  "a parascience that reduces complex human social interactions to adaptive behaviors inherited from our Pleistocene ancestors."  But, of course, as the Thought Criminal has pointed out more than once, we don't know what the behaviors of our Pleistocene ancestors were; so how can we know we inherited them?  Mr. Lears is of the same mind:

Absence of evidence from the Pleistocene did not deter evolutionary psychologists from telling Darwinian stories about the origins of contemporary social life. Advances in neuroscience and genetics bred a resurgent faith in the existence of something called human nature and the sense that science is on the verge of explaining its workings, usually with reference to brains that are “hard-wired” for particular kinds of adaptive, self-interested behavior. In the problematic science of intelligence testing, scientific racism made a comeback with the publication of Richard Herrnstein and Charles Murray’s The Bell Curve in 1994.

For a humbler perspective on the inner workings of the mind, or what we used to call "the heart" (traditionally the source of "self-interested behavior"), we need look no further than Jeremiah:

The heart is devious above all else;
it is perverse--
who can understand it?
I the LORD test the mind
and search the heart,
to give to all according to their ways,
according to the fruit of their doings. Jeremiah 17:9-10

I would point out that the prophet attributes those words directly to God.  Even God doesn't not claim to always understand what motivates us, until we have already acted.  And by then, what is secret; except the secrets we keep even from ourselves?

This simply will not do; but perhaps the secret lies in the field of study this analysis comes out of:    "neuroeconomics?"  Ah, yes; a branch of the science of scarcity.  There must be only so many "intelligent" people in the world, and they must think like I do; and intelligence itself must be as rare as hen's teeth.

Pity the benighted ones, who don't get our share of happiness and understanding.