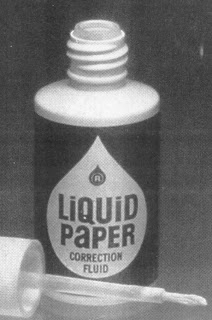 So this happened, which caused comments at TPM to melt down.  And in perhaps unrelated news, this entirely enlightening post at NPR shut down their comments (not sure when or why, but let's say "Coincidence?  I think not!").

I suppose so, in the sense it's never used to refer to blacks, Hispanics, Asians, mestizos, Native Americans, etc.  Neither is "white trash" or "redneck."  But it's really more of a class term, as you'd never call a rich white bigot a "cracker," especially if he had Ivy League credentials and could trace his lineage straight back to the Mayflower.  You might call him a racist, but "cracker"?  I can't see it.

Well, then again, I suppose you could, if you really wanted to emphasize what a racist he is.  But you'd also do it to undercut the presumed privilege his class (i.e., wealth and education) give him.

But that brings up a separate point:  is "cracker" a term for a white racist?  "Redneck" pretty much is; if not a hard-core neo-Nazi, a redneck is at least a person of very provincial, very narrow views of a very specific kind (i.e., usually rural and/or stereotypically Southern).  When we speak of "crackers" today, do we just mean poor white folk, the way Newman meant it in "Kingfish"?  Or do we mean white racists?

And while I can understand not wanting to be labelled a white racist, is it really equivalent to the "N-word" in any way?

Likely as not no one is still worrying about this:  I haven't seen any mention of it beyond TPM, even today.  So perhaps it isn't a pertinent question; or maybe it's just because we talk real funny down here.