How do you do a mic drop in print? 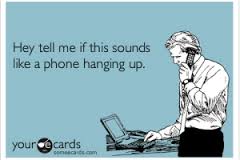 I really should be going...

One of the joys of the internet is finding content free arguments that rely on the fact they have no facts to prove their conclusions are obviously sound.

For any ordinary organization, the detention of David Miranda by British security authorities, coming hot on the heels of a major NY Times article detailing the similar treatment routinely dished out to Laura Poitras and other critics of the US security establishment would seem like a major PR blunder.

But, in this case, it seems more like an upraised middle finger, one in a series designed to show that the security apparatus can do whatever it likes, and no one who matters will try to rein it in, let alone hold it accountable.

Because whenever a government does what we don't like, it's clearly acting without legal warrant and above and beyond it's legitimate powers, which powers are only equivalent to my self-interests.  Right?

Here's another, by the same author:

In other words, while NSA monitors everything you and I do all the time, it relies on witchcraft to detect wrongdoing by its own employees. I guess we’ll just have to hope that NSA staff are too busy snooping on our emails to read any of the 194 000 Google hits on “how to cheat a polygraph”.

Because, of course, the NSA does monitor "everything you and I do all the time," because we're that important to the security of the United States, donchaknow, and the United States is that paranoid about us that it watches everything we do, but can't stop a madman with an arsenal from shooting up a school because, well.....stop asking logical questions!

Here's a third, this time from the Rude Pundit by way of Thought Criminal:

This morning, the Rude Pundit was plugging away, researching a piece on how, during the Watergate scandal, media figures went apeshit berserker over Bob Woodward and Carl Bernstein, seeing them as self-aggrandizing fame whores who'd blow an anonymous source in a corner if it'd get them one more front page scoop. He was working on this as a reaction to the deep well of animosity towards Guardian columnist/classified document depository Glenn Greenwald.

'Cause, see, history has proven Woodward and Bernstein's reporting, while just a piece of the overall story of the fall of Richard Nixon (something they themselves admitted in the book All the President's Men, which nobody actually reads since the film came out), was a valid and necessary exercise of a free press. Who cares if they made money on it? Who cares if they had huge-dick egos about breaking one of the biggest stories in, you know, American history? Christ, if Twitter and comments threads were around in the early 1970s, they'd've been vilified as assholes and liars. As it was, they were accused of that, of making up Deep Throat and more. But none of that changes the importance of their reporting, especially against an administration that had been openly contemptuous and criminally active towards the media.

The story ain't the messenger. It's the story. If you make it about the messenger, then you are ignoring the story, which is just what the subject of the story wants.

Oh, the Rude Pundit had good intentions. And then something in his brain popped, and, like an exploding bottle rocket, the migraine burst in stars all over his head. He vomited. He passed out, delirious, and awoke a little while ago wondering where the fuck the day had gone. So little drinking time left in the afternoon. Gotta take advantage of that empty stomach fast track to inebriation.

So he'll leave you with this quote, from Chet Huntley, he of the Huntley-Brinkley Report, which was NBC's evening news until 1970. He gave a speech in 1973 at the Montana Press Association's annual convention titled "A Disturbing Arrogance in the Press." In it, Huntley played the old sage taking the young whippersnappers to the woodshed for a good spanking with a switch. While disturbed a bit by Nixon's press attacks, he said, "In my opinion, there is an arrogance, a haughty smugness, a conceit running through too damned much of our journalism today." This attitude, he felt, got in the way of telling a fair and balanced story. Get off his lawn.


Now, just think about that a minute, and you'll see there's a comparison of the Obama administration and the Nixon administration in there somewhere, and also Glenn Greenwald is now Woodstein.  Oh lucky us, to be alive in such halcyon days!

Except Woodstein never threatened a foreign government because of the way a friend of theirs was treated while carrying documents that foreign government now says endanger the national security of that nation.  But of course those documents can't be dangerous because we trust Woodstein not the government.  Except I watched "All the President's Men" and they got three sources for everything they published, and Greenwald has....?  And they never made themselves the center of the story or made public proclamations about how the Nixon Administration was releasing secret information in order to undermine their reporting, even though there is no evidence presented to support that claim.   And even Woodward on his worst day has never gotten into a pissing match on Twitter (yes, Woodward is still alive, and still reporting!) where he lied about what he had just posted on Twitter:

What makes any tiff with Greenwald so exhausting is not just the needlessly personal nature of his attacks, but rather his outright lies. That’s correct: Glenn Greenwald is a serial liar. He is pathological about it. And he pretends like people are too dumb to notice. He did this in 2010. On the morning of November 30, 2010, he tweeted this about me:

Notice the familiar slander, that I had undisclosed contracts? It wasn’t true at the time — I even wrote in the New York Times that I worked at a defense contractor! — he “discovered” my “undisclosed” ties by looking at… my LinkedIn profile. But, almost casually, he lied about it just a few hours later.

Yeah, there really isn't any reason I shouldn't believe everything Glenn Greenwald has ever written, and I should write off his critics as so many Chet Huntley's shillin' for "The Man!"

I've no doubt the reporting of Woodstein was not received favorably in 1972.  In fact, I know it wasn't; I was there, I remember.  I know people who still think Nixon got a raw deal.  But if you strike at a king, you had better kill him, and nobody jumps on the bandwagon when you strike, unless they are House Republicans determined to impeach of Democratic President (and then what credibility do they have?).  Greenwald's credibility should not rest on the fact that we want what he says to be true; it should rest on the fact that it is true.

Or at least news.

For example:  everything the NSA does is illegal, immoral, unconstitutional, and the NSA doesn't give a wet snap about it!  Right?

The intelligence agency requires the Fisa court to sign annual "certifications" that provide the legal framework for surveillance operations. But in the wake of the court judgment these were only being renewed on a temporary basis while the agency worked on a solution to the processes that had been ruled illegal


Which means the NSA, rather like a cop who found something illegal in your possession he then used to arrest you, violated the fourth amendment when the courts reviewed the situation and told the cop he can't do that (or, in this case, when FISA reviewed the actions of the NSA).  So what did NSA do?  Like the police department should in my hypothetical, they set about making sure what they were doing was in accordance with the law.

Or, if you prefer the paranoid view, they went on hoovering up every piece of information about you they could, and that Gene Hackman/Will Smith movie really was a documentary and not fiction like they want you to believe it was.   One view is credible; the other is paranoid ranting which ignores documentable reality.  But the internet doesn't believe in documentation; it believes in ranting and raving and being rude.  So LOVEINT is either the willful violation of NSA rules by employees spying on spouses and significant others overseas, or it's one more proof the NSA sees us when we're sleeping and knows when we're awake, so we should be outraged for outrage's sake, because: derp.

So somehow, somewhere, in some alternative universe that exists solely on the intertoobs, Glenn Greenwald is Woodstein bravely exposing Richard M. Obama's evil deeds in getting re-elected...oh, what, that's not the analogy at all, is it?  But somehow a man who uses his partner as a mule to carry documents the British government considers very sensitive, and which the British courts have decided were properly acquired and can be at least partially reviewed, a man who issues threats against that same government and spews all manner of invective on Twitter because that's what real journalists do today boys and girls, that man who has insisted he is the center of the story to the point of decrying any story he doesn't authorize as a way of discrediting him, that man is the model for journalism we should follow and honor in the next forty years.

Yeah, I know that sounds wildly exaggerated.  But honestly, when you're talking about journalists who are "arrogant, smug, and conceited enough to believe they had a duty to go after the powerful instead of being merely arrogant, smug, and conceited because they have access to the powerful," you're patting yourself on the back so hard I'm surprised you don't break your arm.

Enough with the psychic echo-chamber.  Is there no room for reasoning based on evidence in these toobs?