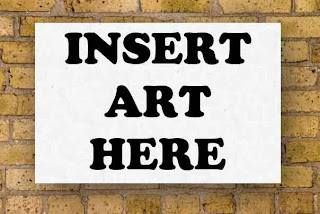 *Because, frankly, the subject of atheism and ethics is a bit of a blank slate and a brick wall at the same time....


Beyond skimming, when it was published, The End of Faith, and then later Letter to a Christian Nation,  I'll admit up front I haven't read any of the work of Sam Harris.  I haven't because life's too short, and his reasoning is to too blinkered and crabbed to bother with.  I realize he's a popular thinker in his area; but then, so is Stephen Pinker, and I can't really be bothered with his displays of ignorance either.  (I got the review of Harris' works from this post at Thought Criminal; I am indebted for it.)  I say this because I begin by taking this recounting of Harris' thought at face value, without having checked it myself for complete accuracy:


Harris claims he is committed to the reasonable weighing of evidence against the demands of blind faith. This is an admirable stance, but it conceals an absolutist cast of mind. He tells us that because “the well-being of conscious [and implicitly human] creatures” is the only reliable indicator of moral good, and science the only reliable means for enhancing well-being, only science can be a source of moral value. Experiments in neuroimaging, Harris argues, reveal that the brain makes no distinction between judgments of value and judgments of fact; from this finding he extracts the non sequitur that fact and value are the same. We may not know all the moral truths that research will unearth, but we will soon know many more of them. Neuroscience, he insists, is on the verge of revealing the keys to human well-being: in brains we trust.

This is basically the argument of Aristotle in the Nichomachean Ethics:  i.e., what is ethical is behavior that produces a good outcome.  I know enough about Harris' work to know he doesn't provide a rigorous explanation of what "the well-being of conscious human creatures" is, but I think it's safe to equate it with Aristotle's baseline standard of discerning ethical behavior.  Of course, for Aristotle, "ethical" meant the behavior of people within a defined community; notably a Greek one.  While he was also a student of tragedy and gave us the baseline definitions of that form of plays, one wonders what his definition of ethics does with the cross-cultural actions of Euripides' Medea.

Probably pronounces her evil and inferior without a second thought; or perhaps that's too dismissive of Aristotle, too reductio; it would be a fair complaint to say so.   Perhaps, in other words, Aristotle would not be quite so absolutist as Sam Harris is.  I think it's safe to say, in fact, that Harris would be quite comfortable in condemning Medea without considering her side of the story for a moment:

Harris’s convictions reveal his comfortable cohabitation with imperial power. From him we learn, among other things, that torture is just another form of collateral damage in the “war on terror”—regrettable, maybe, but a necessary price to pay in the crucial effort to save Western civilization from the threat of radical Islam. We also learn that pacifism, despite its (allegedly) high moral standing, is “immoral” because it leaves us vulnerable to “the world’s thugs.” As in the golden age of positivism, a notion of sovereign science is enlisted in the service of empire. Harris dispenses with the Christian rhetoric of his imperialist predecessors but not with their rationalizations for state-sponsored violence. Posing as a renegade on the cutting edge of scientific research and moral enlightenment, Harris turns out to be one of the bright young men who want to go back to 1910.


It's an interesting point:  Harris is not radically liberal; he's radically conservative.  One might almost suspect his rejection of Christianity  (i.e., religion, when he isn't talking about terrorists who excuse their actions via Islam) is based on the challenge to the status quo that the teachings of Jesus of Nazareth actually present.  Such challenges are clearly abhorrent to Mr. Harris, for whom Western culture, and especially the United States, are clearly the apex of human achievement, and achievement which must be preserved and protected at all costs, as well as given free reign over the world.  Do I exaggerate?  Here is Mr. Harris in his first book (via Mr. Lears):

“the only thing that currently stands between us and the roiling ocean of Muslim unreason is a wall of tyranny and human rights abuses [in Arab countries] that we have helped to erect.”


Survival is all, and our only hope is to be more brutal in defense of "civilization" than the barbarians beating on the gates.

The Romans who persecuted Jesus would welcome Mr. Harris with open arms.  But then, to Mr. Harris, might exerted on behalf of the status quo which keeps him rich and happy, is always right:

“Any honest witness to current events will realize that there is no moral equivalence between the kind of force civilized democracies project in the world, warts and all, and the internecine violence that is perpetrated by Muslim militants, or indeed by Muslim governments.”

When we kill civilians in bombing raids and "shock and awe" missile attacks, it's the cost of civilization; when "they" do it, it's barbaric terrorism.  The survivors are surely comforted by this distinction, and it's only their barbarism that keeps them from appreciating the value of the drone attacks of the present.

And on that very issue, the issue of death and what causes it and why, Mr. Harris makes an absolutely laughable statement which gets us to a point worth considering:   “We cannot ignore human intentions. Where ethics are concerned, intentions are everything.”

Are they really?  In court they are: the difference between manslaughter and capital murder is a difference of intention; but that difference is decided by society, expressed through the justice system.  It is not declared by the individual.  In the arena of international affairs, who gets to decide intentions?  Obviously Mr. Harris thinks it is America, first and foremost; and having decided, we are right.  We don't mean to kill non-combatants; we don't mean to create "collateral damage;" so it's okay when we do, because we didn't mean to do it.  A nice ethic, if you can get it.

Harris is quite absolute about his ethics, to the point of imagining a brave new world in which some kind of lie detector will eliminate all deception from the world:


(I love the idea of "downloading" a "neural code" and knowing through it all "private thoughts, memories, and perceptions without distortion."  Can we do that yet with a computer that goes awry?  As best I can tell the computer repair guy just calls it a "bug" and wholesale replaces programs when nothing else works.)  This ability will be so valuable it will require amending the US Constitution:


The “prohibition against compelled testimony itself appears to be a relic of a more superstitious age,” Harris writes, when people were afraid “that lying under oath would damn a person’s soul for eternity.”

Harris' certainty is absolute, and that should be good enough for the rest of us.  That this isn't, by the way, the basis for the 5th Amendment, or the reason the courts uphold it to this day (when you can now merely swear to tell the truth without putting your hand on a Bible and so placing your immortal soul at peril).  But let's not let such information deter the "appearance" Mr. Harris is looking for, because there is so much difficulty in even assessing Harris' thought that it leads to unintended ironies:

Ultimately his claims for moral progress range more widely, as he reports that “we” in “the developed world” are increasingly “disturbed by our capacity to do one another harm.” What planet does this man live on? Besides our wars in Afghanistan and Iraq, “we” in the United States are engaged in a massive retreat from the welfare state and from any notion that we have a responsibility to one another or to a larger public good that transcends private gain. This retreat has little to do with Islamic radicalism or the militant piety of the Christian right, though the latter does remain a major obstacle to informed debate. The problem in this case is not religion. Despite the fundamental (or perhaps even innate) decency of most people, our political and popular culture does little to encourage altruism. The dominant religion of our time is the worship of money, and the dominant ethic is “To hell with you and hooray for me.”


"To hell with you and hooray for me," is just about the best thumbnail version of Harris' idea of ethics as I can imagine.  It is the distilled expression of his will to power which Mr. Lears so accurately identifies.  The "lie detector" idea is something "we" will use against "you," because truth is absolute and you cannot be trusted until "we" are satisfied.  That conjures up a nightmare vision worthy of "The Twilight Zone." And if ever we needed evidence to support the idea that the splinter in your eye is just a reflection of the log in mine which I am blithely ignoring in order to overlook the fact that what I see in you is merely my reflection, we conclude with Mr. Harris' words, presented without any further intentional irony at all:

“It is also true that the less competent a person is in a given domain, the more he will tend to overestimate his abilities. This often produces an ugly marriage of confidence and ignorance that is very difficult to correct for.”

Mr. Harris argues, in his most recent book, that only science can lead to a valid ethics.  It's a frighteningly ignorant argument on so many fronts:  the misunderstanding of science, of ethics, even of neuroscience, that it barely merits attention.  But it raises the interesting question of where ethics (or morality, if you prefer) comes from; and where it should come from.  Should it resemble this kind of absolutism: 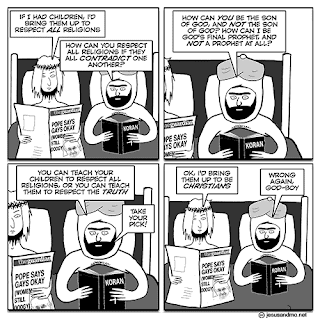 Or is our ethic capable of a more ecumenical approach?

Concluding unscientific postscript:  if you want to understand the difference between "reason" and "reasoning," read the comments to the Lears review.  The few I glanced at had no substantive challenge to make other than to assert that Harris was right and Lears was wrong, because they're sympathies (frighteningly enough) were with Harris.  I presume Harris' ignorance is consonant with that of the commenters, and I remember the words of the talk show host I used to listen to in St. Louis:  "You can't fix stupid."