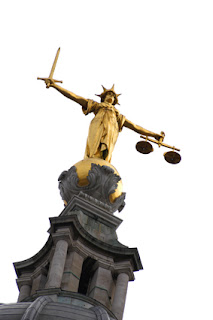 The interesting thing about both the NSA surveillance program and the detention of David Miranda at Heathrow is how much noise the stories generate, and how little of that noise is based on anything approaching reality.

For example,  here is the Guardian article on the legal steps Mr. Miranda may take against the British government. Interestingly, nothing in the article indicates a direct challenge to the power of the government to hold someone in an airport without allowing them to actually enter the country.  That's not to say such a challenge could not be mounted, but legally speaking that is the first question:  what power do governments have to prevent people from entering their country, or even pass through their airport in order to travel to another country?

After all, that's why Edward Snowden spent weeks at an airport in Russia.

I don't know the answer to the question, but it's the first question that occurs to me, looking at this as a lawyer.  Lawyers do this all the time; aware that we don't know the facts ("Change the facts, change the outcome" is as bedrock a principle of legal analysis as there is.) and may not be aware of all applicable law (unless it is our area of practice) we still look at such cases and think:  "Hmmm...where would I start?"

So I'd start with that question.  Then I'd note that, in this article at least, there is no mention of a really firm challenge to the Terrorist Act of 2000, the law relied on to detain Mr. Miranda and confiscate his private property.  Here are all the challenges set out in the article:

The letter says the decision to detain Miranda "amounted to a frustration of the legislative policy and objects of the Terrorism Act 2000" and was for "an improper purpose and was therefore unlawful".

Bindmans say if the undertakings are not given by Tuesday afternoon they will have no option but to seek an urgent interim injunction in the high court.  The lawyers say they will also be seeking a "quashing order" confirming that his detention was "unlawful" and a mandatory order that all data seized is returned and copies destroyed.

...
Gwendolen Morgan, the lawyer at Bindmans dealing with the case, said: "We have grave concerns about the decision to use this draconian power to detain our client for nine hours on Sunday – for what appear to be highly questionable motives, which we will be asking the high court to consider. This act is likely to have a chilling effect on journalists worldwide and is emphatically not what parliament intended schedule 7 powers to be used for."


Bindmans say the police used the anti-terror laws in order to have "deliberately bypassed" the normal statutory procedures for seeking confidential journalistic material such as court orders under the Police and Criminal Evidence Act 1984.

Using Pace police can get permission to search premises and seize property but some classes of material are protected, including journalistic material.

"The decision was a flagrant misuse of the defendant's statutory powers," says the letter, which is signed by Bindmans.


Interestingly what they don't say is that the Metropolitan Police did not have the power to detain Mr. Miranda at the airport; only that they shouldn't have been able to detain him under this statute.  The first challenge under US law would be a 4th Amendment one: that the police did not have grounds to detain someone.  I know Britain has no 4th Amendment; my point is that it would seem the detention itself as lawful, but using the Terrorism Act 2000 as the basis is being critiqued.  That, of course, is pursuant to recovering Mr. Miranda's property, since his detention is over.  It's a fine distinction, that the detention could occur, just not under this statute; but that distinction goes to the basis for challenging this use of this statute.

The challenge raised in that first paragraph seems to me comparable to a due process/equal protection challenge under U.S. law.  Any challenge to overreach or abuse of the intent of the statute is always worth making.  It is not, however, as strong as, say, a 4th Amendment challenge, which requires something more specific than "we don't like the way this law is being used."  The latter challenge is a weaker one, and therefore a harder sell in court.

The other challenge is to the seizure of property, and there the grounds may be firmer, and almost certainly are if the lawyers think they can get an injunction.  Or maybe they want to just raise every challenge possible and hope one succeeds, and grounds for an injunction are spotty at best.  Again, I don't know; so take it all with a grain of salt.

The rest of the challenges, though, rest rather interestingly on who is a journalist, and whether the property of journalism is transitive to really close friends (I understand Mr. Greenwald and Mr. Miranda aren't actually married, though Brazilian law allows it.  On this, of course, I could be wrong.)  I don't know how British law defines "journalistic materials," and whether or not that status changes depending upon who has possession of them, or depending on what the materials are.  I rather doubt secret government documents in the hands of a journalist suddenly become protected materials rather than stolen ones, any more than stolen objects would be "journalistic materials."  That, however, is a matter of legal analysis.  What are "journalistic materials?"  Are they equivalent to attorney work product under U.S. law?  That privilege does not protect possession of stolen goods, no matter what those "goods" are, so I doubt British law allows a change of status so fundamental and adverse to the purpose of anti-theft laws.

Mr. Greenwald claims he is a journalist, but under American law at least, "the word journalism is not magical immunity sauce that you can put on anything and eliminate any sort of liability."   And the argument that "as long as one of the two people at either end of that transaction was a journalist he can take anything he wants" is really not tenable.   If it were, there never would have been a phone-hacking scandal in Great Britain involving Rupert Murdoch's "News of the World."

A lot of the noise surrounding these stories, in fact, is all about whose ox is being gored.  The emotional center of the phone-hacking scandal was the family who thought text messages from a reporter were actually from their missing, and dead, daughter.  It was a horrible situation for the family, and the people involved were rightly reviled.  They were also guilty of offenses for which they were prosecuted.

What's less clear is what offense has occurred here, and that's why I start with the question:  did Miranda ever actually enter Britain, and what was the legal basis for detaining him?  I would raise the same challenges his British solicitors are raising, I'm sure; but I wouldn't scream about the supremacy of journalism über alles.  I don't think Mr. Greenwald is any more entitled to the information he has than employees of News of the World were entitled to the information they had.  And that's where, in fact the law is a nice leveler.  The information News of the World gained through illegal means hurt people directly, and was a direct violation of privacy.  The information Edward Snowden gave to Glenn Greenwald was also obtained through illegal means, and it may hurt a lot of people, too.  As Jeffrey Toobin pointed out:  "If terrorists know how we surveil their cell phone call, how we surveil their texts, that could be useful to terrorists."  That seems an almost empty defense of the US government, as Greenwald asserted in response:

Most amazing feat of US Govt is to get journalists to take the lead in demanding the criminalization of journalism.


But here's the thing:

While in Hong Kong, Snowden leaked detailed plans for America’s future cyberwarfare operations against China. They did not involve the American government abusing the rights of its citizens; rather, the documents showed that the American government was taking its obligation to protect American interests, even online, seriously. His confidant, Glenn Greenwald, told a DailyBeast reporter, “What motivated that leak though was a need to ingratiate himself to the people of Hong Kong and China.”

I'm at a loss to see what those revelations have to do with journalism, or with "whistleblowing," the usual defense now of Mr. Snowden's actions.  And, by the way, there's a reason Russia wants to keep Snowden:

“The guy is supposedly carrying four laptops, plus a bunch of thumb drives, supposedly knows all sorts of other things,” Matthew Rojansky, the deputy director of the Russia and Eurasia Program at the Carnegie Endowment for International Peace in Washington, told the New York Times. “You don’t pass up an opportunity like that. You don’t just let him pass through the business lounge, on the way to Cuba.”


Tell me again that all he's done, or going to do, is to expose the illegal surveillance of Americans by the NSA.

It may be the information Snowden further releases reveals illegal behavior by the U.S. government; then again, it may be that behavior is not illegal at all.  That is an issue that deserves to be aired in court, and even to be decided in court.  That, of course, would make it a legal matter.  And not a matter for the court of public opinion.

Which is where Mr. Greenwald, himself a lawyer, prefers to litigate today.  Given the old adage about pounding the facts, the law, or the table, I think even Mr. Greenwald must understand he barely has a table in this fight.