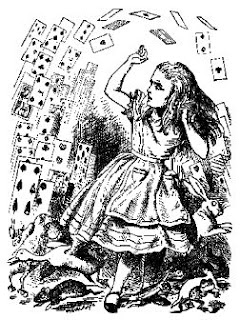 I am quoting this extensively simply because it is the best summation of the debate I watched last night that I have read:

Trump bullied and lied. He once again dismissed his hot mic boasts about sexual assault as “locker-room” talk. He denied sending an early morning tweet telling Americans to check out the (nonexistent) sex tape of a former Miss Universe, when the tweet, less than two weeks old, is on the internet for all to see. Given a chance to hit Clinton on potentially damaging revelations from WikiLeaks, he spun off on a tangent about his redevelopment of Washington’s Old Post Office, now a Trump International Hotel. He blamed Clinton for failing to act after Syria violated President Obama’s “red line” on the use of chemical weapons, allowing Clinton to point out that at the time she’d already stepped down as secretary of state. He said, “Russia is new, in terms of nuclear,” when in fact Russia first tested nuclear weapons in 1949. His threat to have a Trump Justice Department prosecute Clinton was a desecration of American civic norms. From any other candidate, such behavior would be judged a meltdown.

It was weird listening to Trump.  It was like listening to a living, breathing Lewis Carroll character who is not Alice.  That whole digression about the Old Post Office was so odd no one is mentioning it this morning, but it sounded like your crazy uncle at Thanksgiving whose had too many trips to the bottle in the paper bag in the car outside.  It was so completely incoherent (supposedly it proved his financial bona fides, don't ask me why) that, in any other year, it would have ended a campaign immediately.

Instead, this morning, Cokie Roberts (and, to be fair, everyone on PBS last night) were insisting Trump had "stopped" his "free fall."  Jonah Goldberg (!) put it best:  in a crashing plane, last night they got the coffee maker to work.

The sad thing is, it took Jonah Goldberg to say it.  Even Alice could declare they were nothing but a pack of cards.  Despite the heroic efforts of Anderson Cooper and Martha Raddatz to push back against Trump's spew (another story entirely), the media this morning continues to pretend "objective" means "both sides still do it," and that somehow this is still a serious process.