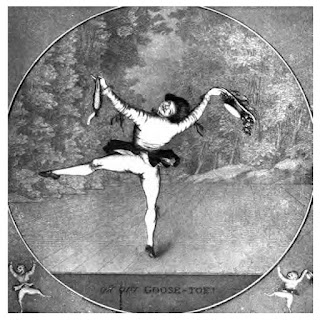 Not exactly Prometheus, but certainly more appropriate, don't you think?

It didn't get a lot of attention after the debate, but Martha Raddatz attacked Donald Trump because of his answers, at one point.  The closest I can get to it, without finding a complete video of the whole debate, is what Charlie Pierce noted:

TRUMP: The biggest problem I have with the stupidity of our foreign policy, we have Mosul. We have ... coming out of Washington and Iraq, we will be attacking mosul in three or four weeks. All of these bad leaders from ISIS are leaving Mosul. Why can't they do it quietly? Why can't they do the attack, make it a sneak attack and after the attack is made, inform the American public that we've knocked out the leaders, we've had a tremendous success. People leave. Why do they have to say we're going to be attacking mosul within the next four to six weeks which is what they're saying. How stupid is our country.

Moderator Martha Raddatz, who's seen more combat than Trump has allegedly groped starlets, at this point appeared to be looking around for a RPG launcher to end this whole exercise.

Ms. Raddatz's RPG launcher was to explain to Mr. Trump, as one would explain to a recalitrant and obstinate child, that the Pentagon actually had people in it who knew things Mr. Trump didn't, and acted as they did for reasons Mr. Trump obviously couldn't fathom.  She did, in other words, Mrs. Clinton's job for her.

And good on her (Ms. Raddatz) for doing so.

And then today, this happened:

CNN host Carol Costello cut off a conversation with Donald Trump spokeswoman Katrina Pierson on Tuesday, saying that it "was going nowhere."

You can read the transcript of the exchange, or even watch the video, at the link.  Donald Trump announced via Twitter that the "shackles" are off.  Are these signs the media is feeling the same way, that playing the game presuming both sides in this discussion are fair-minded and level-headed, has finally given way to seeing Trump & Co. for who they are?  I don't mean that in the partisan sense of Trump being the Id of the GOP; I mean it in the literal sense of Trump spewing so many lies (on the debate stage alone) that one has to throw up one's hands in despair, or to try to staunch the flow (his lies in the second debate stand at 33).  Trump lies freely, fulsomely, ferociously.  At some point it can't be treated like the usual political puffery and promising; it has to be treated as what it is: bullshit.

And worse than that; poison in the body politic, arsenic and lead and strychnine, meant only to kill off as much opposition as possible, so much belief and understanding in the function of government, that Trump can take power and wield it as he sees fit.  Omerosa Manigault said in the Frontline documentary on Trump and Clinton:

“Every critic, every detractor, will have to bow down to president Trump.... It’s everyone who’s ever doubted Donald, who ever disagreed, who ever challenged him. It is the ultimate revenge to become the most powerful man in the universe.”


In the context of the documentary, she was referring to Trump's humiliation at the hands of Pres. Obama at the White House Correspondent's dinner in 2011.  There is no reason left not to see this as Trump's reason for running for the highest office in the land.

And no reason left not to treat him as the frightening monster that quote paints him to be.  Maybe the press is starting to get some clue about that.

For lagniappe, check out Bob Schieffer's refusal to blame both sides equally, and Joy Reid's refusal to go quietly into that good night.   But even Bob Schieffer realizes we can't let this continue to happen, at least not without comment.