Things that go bump in the night.... 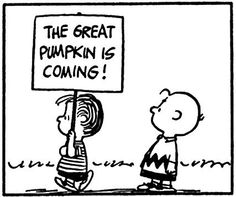 First, "pagans" is, for us, a Romantic term.  We get it from Shelley and Byron and such like, who wanted to shock 19th century Christians with their un-Christian ways, and yearned, at least, to be "a pagan suckled on a creed outworn," because that outworn creed was how they saw Christianity (no surprise Kierkegaard saw it the same way at mid-century, but his critique came from within, not from without).  So when we say something has "pagan origins," like Hallowe'en, we mean those connections linger and perhaps have even "magical" connections ('magical' in the sense of ineradicable, not in the sense of Harry Potter waving sticks and "casting spells").

We do the same thing with Christmas, even though the modern version of that holiday is rooted in the 19th century, too (the Industrial Revolution pretty much uprooted everything the Enlightenment left standing; Romanticism was an effort to put a new gloss on everything old, but most of what it preserved was from the imagination of middle to upper class men like Wordsworth, Lord Byron, Shelley, and Keats; or women like Mary Wollstonecraft.  Not working class peasants in the Scottish Highlands, in other words.  Even the Brothers Grimm had to rewrite their stories to make them palatable to the reading audience they wanted to sell to.).  So our ideas of history are really quite badly distorted, not just by our lack of historical knowledge, but by the lenses we apply to it.  Anything "pagan" still clings to its origins and is powered by them, which is as ludicrous as believing in "spells,"; but we don't see it that way, because it makes us feel like, well:  Byron and Shelley.

So the myth persists that Hallowe'en is a pagan holiday ripped from the hands of non-Christians by a power mad Church, but retaining a "curse" that follows it to this day, the power of which we can recover if we just dress like a sexy undecided voter.

It is all nonsense, for reasons I've recounted over the years.  If you want the Romantic version in literature, Robert Burns can help you.  If you want something of this historical view, let me recommend this from a few years back.  We still insist it is a scarier time than it really is, for reasons I won't begin to try to investigate.  Nonsense about the season will undoubtedly be upon us again, as surely as we are being plagued to buy candy to hand out to stranger's children.  But mostly I would encourage you to remember that "All Hallow's Even" is the vigil of the feast of All Saint's Day.

But I'll be reminding you of that on the first Tuesday in November....