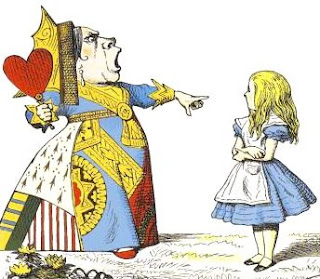 I have to pound on this one because it's important:


Well, there we go. Trump has said he will jail his political opponent. Welcome to Russia.
— Jordan Weissmann (@JHWeissmann) October 10, 2016

Trump says to Clinton, if he was in charge, “you’d be in jail.”

This is an overt subversion of democracy. It is very hard to overstate this
— Max Fisher (@Max_Fisher) October 10, 2016

Just to recap: One candidate is threatening to throw the other candidate in jail if he wins. This is happening in the United States.
— Jeffrey Goldberg (@JeffreyGoldberg) October 10, 2016

Hillary: So good someone with the temperament of Donald Trump is not in charge of law enforcement in this country.
Trump: You’d be in jail.
— Roger Simon (@politicoroger) October 10, 2016

If you don't think Trump wants to mirror Putin as President, then you didn't hear him threaten to jail his political rival if elected.
— Chris Murphy (@ChrisMurphyCT) October 10, 2016


There is more than a little loose talk on the interwebs that Clinton is now using "Nixonian" methods to win the election.  I have no idea what that means since I know of no allegations that Clinton masterminded any attempt to gain knowledge of what the RNC is up to, has investigated anyone's analyst (Ellsberg; you could look it up), or contacted a foreign power to urge them to slow walk peace talks until she is elected (again, you could look it up).  Nor is she employing anything resembling a "Southern strategy," while Trump went full Breitbart last night, down to assuming all African Americans live in "the inner city," a mythical place where they are (apparently) safely confined away from white America in the suburbs.

There's no question that debate was a right dog's breakfast,   But the nadir was Trumps' remark about jailing Clinton, a remark that drew roars of approval from the audience and, if you check the Twitter feeds above, obviously drew support on Twitter.  But, as Howard Fineman pointed out:

In what was surely the most chilling moment of the night, Trump said that Clinton had criminally mishandled her State Department emails, should be “in jail,” and vowed, if elected, to appoint a special prosecutor to investigate her conduct in office.

Of course he had already decided that she should be in jail, so who needs a prosecutor?


This is why the Special Prosecutor statute, inspired by Nixon's Saturday Night Massacre (in which Elliot Richardson resigned rather than be Nixon's hatchet man.  The man who finally agreed to do the job?  Robert Bork.) lapsed after Bill Clinton's presidency.  What started as an investigation into Whitewater allegations ended up with Ken Starr, given a remit to find something and unlimited funds and time to do it, ended with him successfully bringing one perjury charge that the House approved, for Clinton's prevarications about his consensual sexual affair with Monica Lewinsky.  Any prosecutor with world enough and time can find something to charge any person in America with a crime.  The worst Clinton faced was removal from office.  Donald Trump says Hillary Clinton would face jail.  Verdict first, trial afterwards.

'Consider your verdict,' the King said to the jury.

'Not yet, not yet!' the Rabbit hastily interrupted. 'There's a great deal to come before that!'

The question is, if Trump were President:  who would the be the Rabbit who would hastily interrupt?

And yeah, he really meant what he said:


If I win-I am going to instruct my AG to get a special prosecutor to look into your situation bc there's never been anything like your lies.
— Donald J. Trump (@realDonaldTrump) October 10, 2016

Not that Trump displayed any knowledge of how government works (apparently as the Senator from New York, Hillary was supposed to single-handedly rewrite federal tax law, and see it implemented), but what else is a special prosecutor for except to investigate until a crime, any crime, is found, and then prosecute until conviction?  I suppose Trump would say even double jeopardy should fall in order for "justice" to be done.

Talk about falling down the rabbit hole....