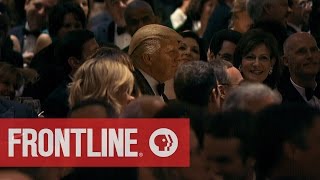 In the debate last night, Mike Pence said something that deserves a bit more attention than "That Mexican thing" (which deserves attention not only because of the contempt it displays, but because Pence accused Kaine of whipping that thing out, which should appeal to the juvenile children in all men):

“Most of what you said is completely false,” Pence argued at one point after Kaine had said a bunch of true things. “And the American people know that. This isn’t the old days where you can just say stuff and be believed.” Wait a second. What?

The full quote from Slate is worth it for that one.  If ever a nominee spoke about the true nature of his own campaign, it is there, where Pence, having already derided the Clinton/Kaine ticket for being "insult driven," drove the Freudian car right off the cliff when he could no longer come up with better ways to deny Donald Trump had said what Donald Trump (and Mike Pence) had said.

And then there was the lovely revelation in the Frontline documentary that still hasn't gotten the attention it deserved.  The tear-out quote before the film aired was about how every knee would bend and every head would bow before the awesomeness that would be President Trump.  What got little to no attention, however, was the explanation, in the very opening of the documentary, on why Trump is running for the highest office in the land.

Interestingly, no one in the Trump campaign is denying that explanation.  No one else seems interested in it, either.