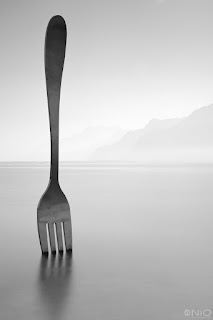 First:  Charlie Pierce is right, Trump bloviating about not accepting the results of the election is status quo for the GOP.  He's just relishing it a bit too much, but then, the GOP has to dance with the one what brung 'em.

Second:  The fear of Trump reprisals if he doesn't win is exactly what the man-child wants, because it gives him attention.

The quote being played on the radio and TV today is Trump reveling in being the bad boy, in being the center of attention, in having all eyes on him because he's so outrageous.  Except he's a paper tiger.

If Trump contests the election, the cost will be on him.  Sure, he loves to threaten to sue people; but he'll have to file suit in any one of 50 states, and if he loses decisively, in several states at once, else what's the point?   We elect a President by states, not by national plebiscite.  Does anyone think Trump wants to foot that bill, especially now that New York state has shut down his Trump Foundation piggy bank?

Oh, but he'll inspire people to violence!  Puh-leeze.  Trump will have no support once the election is over.  His few followers who might vow today to fight the power, won't have anything to fight.  This won't even be Cliven Bundy staring down BLM agents come to arrest him.  This will be a fight against an absolutely discorporate entity.  This will be a fight against a completely inchoate enemy.  Who do you blame?  The Secretaries of State of the 50 states?  The courts?  The voters?  The voting machines?  Upon whom do you train your guns?

So perhaps Trump will try to run with this, the way he ran with Obama's birth certificate.  Who in the Congress will support him?  Who in the GOP will support him?  Who, of any prominence in the country, will support him?  Challenging the birthright of Barack Obama was a clownish affair.  Challenging the validity of the institutions that make up our democracy is very nearly a seditious affair.  Sure, Bob Dole said he was the President of those who didn't vote for Bill Clinton, and Newt Gingrich led the effort to impeach him, and Mitch McConnell vowed to make Obama a one-term President, and various loonies in the House vowed to get to the bottom of that birth certificate business; but there's the difference:  they were all office holders.  What office has Trump ever held?  How much of a political career has he ever had?  Who has he ever worked with as a public servant?  Given the seriousness of the charge he raises (and that's what scares the GOP, along with a few other things Trump could do to them), who will stand with Trump?  Who in public office owes Trump for anything? Who in public office will stand for Trump?

He will disappear the moment the election is over, whether he wants to or not.  The cameras will stop filming him, the microphones stop picking up his utterances, because he will be irrelevant.  He captures attention now because he is the candidate of a major party for the Presidency.  Without that he is a homeless man howling on the street corner.

He will be discarded like a broken doll, and disregarded like the barking mad man-child he is.