"Most People Aren't Worthy of Respect"* 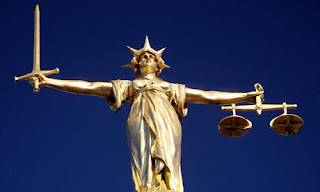 This is the report on Trump's libel suits (he's never won one) written for the ABA but that the ABA was too cowardly to publish.

It makes for interesting reading from the very beginning:

Donald J. Trump is a libel bully. Like most bullies, he's also a loser, to borrow from Trump's vocabulary.

Trump and his companies have been involved in a mind-boggling 4,000 lawsuits over the last 30
years and sent countless threatening cease-and-desist letters to journalists and critics.[1]

But the GOP presidential nominee and his companies have never won a single speech-related case filed in a public court.


Which is important not because it scared the ABA, but because it tells you what success Trump can expect if he sues the women who have confirmed the truth of his statements to Billy Bush about his own predilection for sexual assault (if not mere sexual harassment).

The other reason Trump won't win (if he does sue)?  Libel requires a showing of actual damages, not inchoate injuries.  Losing a political campaign (Trump implied that would be his "damages" when he made the threats to sue) is not "actual damages."  Besides, the women are only confirming what Trump said he did to women.

Truth, as ever, is an absolute defense to a claim of libel.

Like tout le monde, I am SOOO ready for this campaign to be over.

*An unrelated matter, but a good title, so maybe it's related, after all.