Before Truth can get its boots on 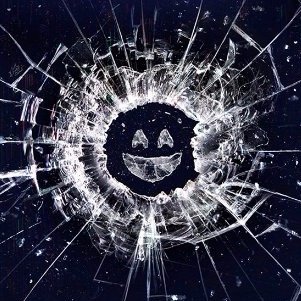 I love "Black Mirror."  It touches on all the possible horrors of our technological age, usually with only slightly science-fictional elements that only allow the dramatization of what is really already possible, or at least highly probable.

When they find a way to dramatize how news stories spread lies and disinformation via the Internet, it will be a real narrative coup.

By now we all know James Comey sent a letter to Congressional committee chairs about e-mails they found on a device owned by Huma Abedin.  We also know Comey probably shouldn't have sent that letter.  Pursuant to that, four Democratic Senators are demanding Comey answer questions about revealing this information.

But what information has been revealed?  Yesterday I knew only 3 or 4 emails were involved, and that the FBI had already seen them anyway.  Today, however, the number may be as high as 1000 e-mails.  But the FBI isn't sure because, while they seized the device the e-mails are on, they need a search warrant to read them.  Reportedly.  (No, that's confirmed.  Indeed, the FBI may not have probable cause to look at the documents on this newly discovered device.  Comey really is so far out over his skis he left them at the top of the slope.)

Huh?  A search warrant to get the device, and another one to read what's on it?  Well, maybe.  After all, I'm not a lawyer with experience in criminal law and technology.  That lawyer persuaded Josh Marshall that the FBI can review those e-mails by COB Friday.

But that lawyer doesn't mention the search warrant, and neither does Josh.  Now, which of these stories are true (aside from the many lies being spun by Donald Trump; but honestly, what's news about that)?