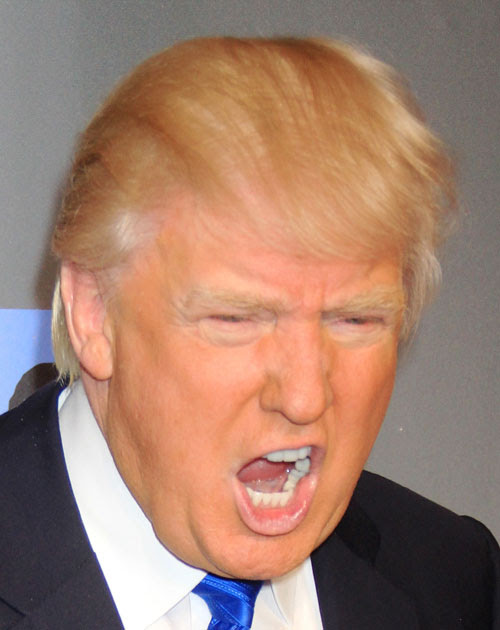 "LeCarre-esque" is how the correspondent for BBC World Service described the picture painted by testimony before the Senate today, including what Sally Yates had to say.  Then this can only be described as Strangelovian:

President Donald Trump last month stirred up controversy when he said that South Korea should be the country that foots the bill for the Terminal High Altitude Area Defense (THAAD), a missile defense system that’s a key deterrent against North Korea.

However, Trump was quickly contradicted publicly by National Security Adviser H.R. McMaster, who rushed to assure the Korean government that the United States would pay to install THAAD.

According to a new report from Bloomberg’s Eli Lake, Trump was absolutely furious about this and chewed out his own national security adviser during a heated phone conversation.

“Trump was livid, according to three White House officials, after reading in the Wall Street Journal that McMaster had called his South Korean counterpart to assure him that the president’s threat to make that country pay for a new missile defense system was not official policy,” Lake writes. “These officials say Trump screamed at McMaster on a phone call, accusing him of undercutting efforts to get South Korea to pay its fair share.”


Not even in fiction has there been a POTUS as dangerously incompetent as Donald J. Trump.  Outside of comedy (and even then, not even the blackest of comedies; Merkin Muffley is a comic character, but he's not the ignorant prat the current POTUS is), no one would accept the fiction that America could elect a boob like Trump.  The man hasn't the first inkling of how to conduct diplomatic discussions, or how governments work together.  He imagines he is a CEO who determines the "deal," when the placement of missiles like THAAD is a complex arrangement involving several branches of several governments, and not just the tactics of a wrecking ball.  It's not that he screamed at his National Security Advisor (he clearly doesn't understand the duties of that position, based on the testimony the BBC reported on); it's that he thinks he has a winning strategy.  It is as if everything he learned, he learned on a school playground.

Speaking of Ms. Yates, I'll just drop this here rather than put up yet another post.  The interrogator is Sen. Ted Cruz of Texas, a man supposedly renowned for his abilities before the Supreme Court as Texas' first Solicitor-General:

Cruz argued that the Office of Legal Counsel had issued a determination that the order was legal, but Yates said that finding ignored the First Amendment in favor of an obscure statute that had since been updated.

“In this particular instance, particularly where we were talking about a fundamental issue of religious freedom, not the interpretation of some arcane statute, but religion freedom, it was appropriate for us to look at the intent behind the president’s actions and the intent is laid out in his statements,” Yates said.


Which, I pause to note, is what the courts have done in ruling against Trump's travel bans; reviewed the intent expressed in the President's statements.  We continue:


Cruz then tried to trip her up by suggesting her actions were extraordinary.

Yates delivered the final blow by accusing the Office of Legal Counsel of violating longstanding norms.

“I’m not, but I’m also not aware of a situation where the Office of Legal Counsel was advised not to tell the attorney general about it until after it was over,” Yates said.


Charlie Pierce was right; do not f*ck with Sally Yates.