Where Are the Oral Roberts of Yesteryear? 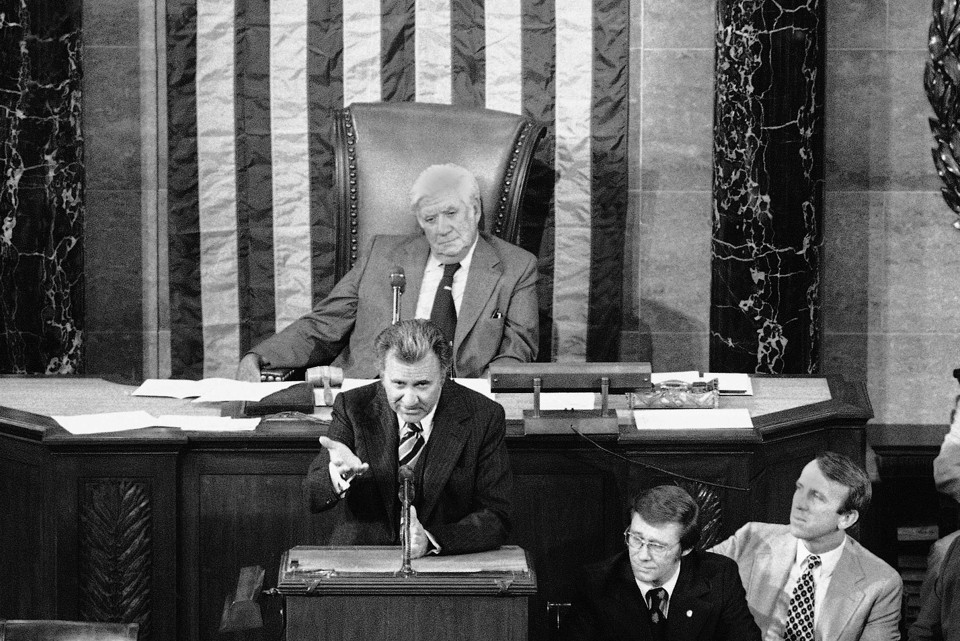 Oral Roberts crashed and burned sometime in the '80's.  I'm too lazy to look it up, but I remember when he claimed a 900 foot Jesus in a vision had commanded him to build a hospital the city of Tulsa didn't want and didn't need.  He tried to build it anyway, then when it got built tried to foist it on the city as their responsibility (i.e., buy it from him).  The city pointedly refused to bail Mr. Roberts out, and since 900 foot Jesus didn't seem to have any cash either, Oral Roberts went broke.

That's how I remember it, anyway.  The hospital didn't help his finances, and Oral tried to turn his "ministry" over to Richard, his son.  But Richard was no Joel Osteen (who among us is?); he didn't have the magic touch of Daddy (Osteen, in a rare move, exceeded his father's efforts), and the ministry struggled and died when Roberts retired.  The hospital was part of it, but not all of it.

That picture is Roberts in his heyday, in 1978.  He had great sway on TV in those days, but not in the halls of Congress.  Tip O'Neill seems especially bored.  Roberts was a cartoon figure, a living stereotype of the religious huckster.  But, in the way of culture, what started in the '70's with cable TV (where the "TV evangelists" took flight from being local figures to national ones) finally created a wave that is just now cresting in Washington, D.C.

“[The plan] will allow insurance companies to require people who have higher health care costs to contribute more to the insurance pool,” Brooks claimed. “That helps offset all these costs, thereby reducing the cost to those people who lead good lives, they’re healthy, they’ve done the things to keep their bodies healthy. And right now, those are the people—who’ve done things the right way—that are seeing their costs skyrocketing.”

This is not at all a new attitude in human society, and it doesn't stem back only so far as Oral Roberts or even Carnegie's Gospel of Wealth (which, ironically, argued that the wealthy had a social obligation to use their money for the good of mankind, somewhat like the lesson Marley teaches Scrooge.  The more current version of that gospel is that I alone am worthy to be rich.).  Jesus tells the story in Luke of Lazarus and the rich man, making it clear the latter's wealth didn't earn him a place in heaven, and indeed his neglect of Lazarus the beggar earns him a place in hell.  Not a parable Joel Osteen preaches too often, I'll warrant.  And of course, there is the question the disciples ask Jesus in the Gospel of John:  "Who sinned, that this man was born blind?"

The counter to Rep. Brooks' statement is supposed to be Jimmy Kimmel's story of his new born son with congenital heart defects; how can you blame a child for the circumstances of his birth?  Rep. Brooks would, if he were being honest; he'd blame the parents, if only for their moral turpitude and not just for any healthcare choices they had made.

Like the poor, this attitude of merit has always been with us.

Who sinned, that this man was born selfish and ignorant?  Funny, nobody ever asks that question.  It's the wrong question, too, for the same reasons.  But health is something we can't really control.  Some people never smoke, and die of lung cancer.  My father smoked like a chimney.  I can remember a layer of smoke in our house, right about at the level of my young nose.  It was a constant haze, and nobody thought anything of it.  He lived to be 90, and didn't die of lung cancer or suffer any serious respiratory problems.  He had heart problems, but that didn't kill him, either.  OTOH, I had asthma as a child, and have suffered on and off with respiratory problems related to allergies.

Who sinned, that I was born this way?

It's an obscenity to even suggest such a thing; but it's an attitude as old as human society itself.  We repress it, but it comes back around again.  "Ideas are bulletproof."  They are also immortal.

If we ask "What is church for?", in part it exists precisely to counter ideas like that.  It exists to preach the gospel, and the primary lesson of the gospel is humility.  Granted, that's not a terribly attractive kerygma, but it is humility that leads away from the "gospel of wealth" and toward the "gospel of meaning."  And I truly think, if you don't start there, you don't ever get there.
Posted by Rmj at 4:05 PM