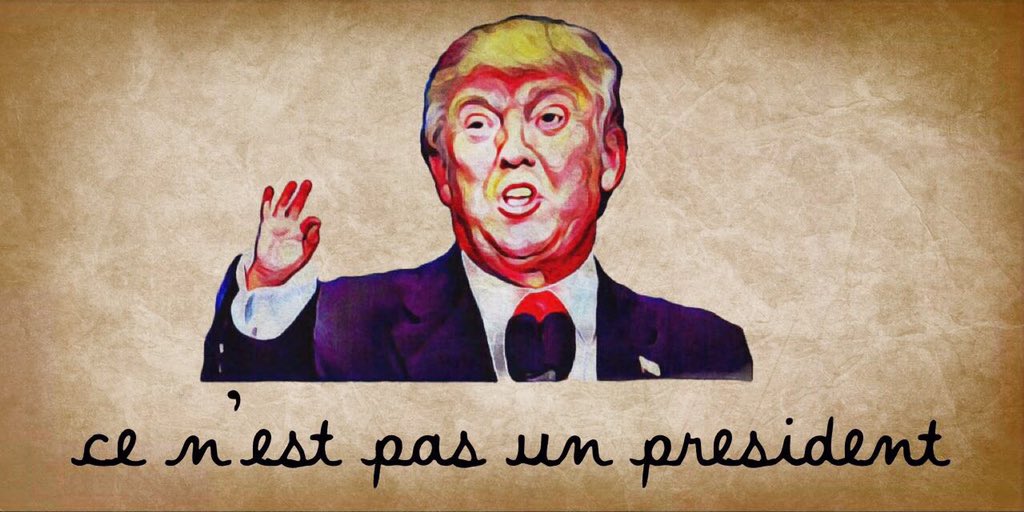 Anybody else remember how Trump brayed on the campaign trail that Hillary Clinton had revealed classified information in her e-mails?

President Trump revealed highly classified information to the Russian foreign minister and ambassador in a White House meeting last week, according to current and former U.S. officials, who said Trump’s disclosures jeopardized a critical source of intelligence on the Islamic State.

The information the president relayed had been provided by a U.S. partner through an intelligence-sharing arrangement considered so sensitive that details have been withheld from allies and tightly restricted even within the U.S. government, officials said.


This is not a drill:

The partner had not given the United States permission to share the material with Russia, and officials said Trump’s decision to do so endangers cooperation from an ally that has access to the inner workings of the Islamic State. After Trump’s meeting, senior White House officials took steps to contain the damage, placing calls to the CIA and the National Security Agency.

“This is code-word information,” said a U.S. official familiar with the matter, using terminology that refers to one of the highest classification levels used by American spy agencies. Trump “revealed more information to the Russian ambassador than we have shared with our own allies.”

Well, you know, he was reading the news:

One day after dismissing Comey, Trump welcomed Russian Foreign Minister Sergei Lavrov and Ambassador Sergey Kislyak — a key figure in earlier Russia controversies — into the Oval Office. It was during that meeting, officials said, that Trump went off script and began describing details of an Islamic State terrorist threat related to the use of laptop computers on aircraft.

For almost anyone in government, discussing such matters with an adversary would be illegal. As president, Trump has broad authority to declassify government secrets, making it unlikely that his disclosures broke the law.

Forget "high crimes and misdemeanors", we are in 25th Amendment territory.  The President is empowered with "broad authority to declassify government secrets" because he is presumed rational enough not to declassify them to a foreign power during an office chat!