The thing about a weathervane 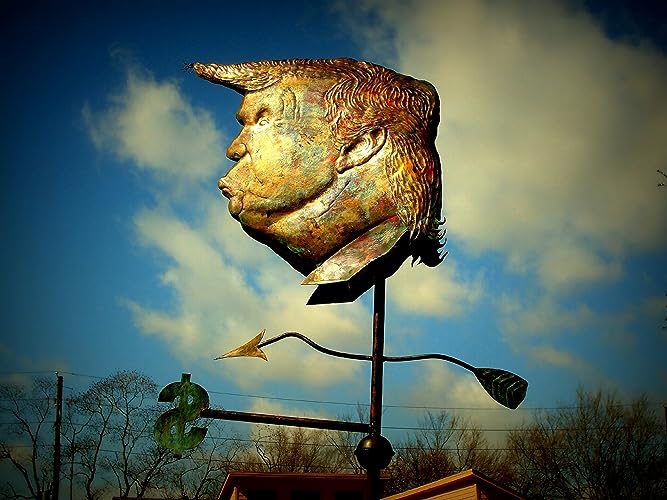 is, at least it follows the wind:


The U.S. Senate should switch to 51 votes, immediately, and get Healthcare and TAX CUTS approved, fast and easy. Dems would do it, no doubt!
— Donald J. Trump (@realDonaldTrump) May 30, 2017


What wind is blowing through this guy's ears?

I suggest that we add more dollars to Healthcare and make it the best anywhere. ObamaCare is dead - the Republicans will do much better!
— Donald J. Trump (@realDonaldTrump) May 28, 2017


Aside from the obvious fact he despises representative government and prefers to be a monarch, within two days he's contradicted himself twice.

And, of course, there's this:


We have a MASSIVE trade deficit with Germany, plus they pay FAR LESS than they should on NATO & military. Very bad for U.S. This will change
— Donald J. Trump (@realDonaldTrump) May 30, 2017


Said the guy who can't get healthcare reform out of the House (have they sent that bill to the Senate yet?), and who thinks he can negotiate with Germany, not the European Union, on trade.  And, apparently, thinks he can start a trade war he can win.

Somehow I don't think Congress is gung-ho to cross Germany on trade, especially since they can't do it directly, and since the European Union is the second largest economy in the world; behind China.