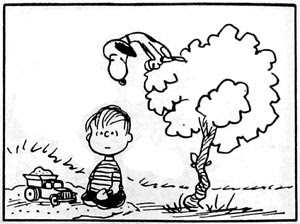 It's a pity I'm having such a good conversation on what church is for in comments below, and then I come across this, except it's a fine example of the problem, because this will get much more attention than anything I've ever said or read about ecclesiology:

“The person who’s in need… they look to the government for the answer, not God, and I think in that way government has done an injustice that’s even bigger than just the creation of an entitlement welfare state,” Green said. “In this setting, I’ll share the story, I think it interrupts the opportunity for people to come to a saving knowledge of who God is.”

Green argued that since Jesus regularly used his powers to cure lepers, the modern-day church should take on a similar role.


I've talked before about what I call "vulture theology," the idea that, like undertakers, church is inevitable and people will have to come there.  This ups the ante on that considerably:  illness as a chance to save souls.

I've nothing against religiously supported hospitals (my daughter was born in one; so was I, for that matter).   The UCC still operates hospitals and nursing homes and orphanages and even mental care facilities which were started in the 19th century by the German E&R church, not in the spirit of evangelism, but in the spirit of care.  And not because Jesus healed people in order to save their souls but because, in the theology I espouse, because Jesus cared about people and illness both burdened them, and set them apart from society ("Master, who sinned, that this man was born blind?").

That attitude, as we've heard recently, still prowls the halls of Congress, and no doubt many regions of this country.

Is this a proper role of the church?  To care for people in order to make them proper Christians?  Raises all sorts of issues about who is a patient, doesn't it?  Besides the question "What is church for?", which is obviously being answered here with "for people to come to a saving knowledge of who God is."

I'm not arguing for or against that idea, because it can't be argued against and eliminated from consideration.  But it is an idea that is primary in American culture, and the answer to the question is more and more  "Saved from what?"  Saved from the empty pursuit of possessions?  So Christianity is all about asceticism?  Saved from the empty enjoyment of our possessions, so we can enjoy them more fully and richly?  Saved from illness; or if not from illness, from being treated in a government hospital?  I agree with this idea:  "I guess I would say that finding our way is a large part of our responsibility, since our proper way leads us back to God and our neighbors."  The question is:  how do we express that now?  Especially when what is more loudly heard is either the attitude of the church should be to use hunger and disease as opportunities to evangelize, or hunger and disease are conditions people deserve because they have sinned; or at least made "bad decisions".

And then there's "Science Mike":

According to McHargue, his work is uniquely suited to a digital world. “We’re this work for the Internet age,” McHargue said. “In a world where every idea is a Google search away and there’s too much information to create a coherent narrative, how do we help people adapt to that world at the intersection of science, faith and art?”


If you want to find out what "Science Mike" McHargue is on about (and why he calls himself "Science Mike") you can read the article.  It splits into two halves, and it's the second half I'm interested in, because of the "nones":

The increase in the religiously unaffiliated, or “nones,” population in the United States over the last decade has led some to conclude that the American public is becoming less religious. The Pew Research Center published data in 2015 showing that the religiously unaffiliated comprise 23 percent of the American public and much higher rates among Millennials. More recently, Pew reported that over half of the nones have a low or medium religious commitment.

But does this mean the religiously unaffiliated are not religious? Or does it just mean we need to readjust our definition of religious commitment?

The term none “becomes a catch-all for a lot of different people,” says RD contributor Kaya Oakes, author of the The Nones Are Alright, pointing out that the term was constructed by polling firms.

Surveys conducted by Pew or the Public Religion Research Institute do not provide options that would explain the diversity of religious commitment in the United States. Public knowledge about the nones remains limited when we use a polling term that overlooks people who may identify with multiple religions or still believe in religious ideas, but do not want to belong to an institution.

In her research for The Nones Are Alright, Oakes says she encountered folks who identified with a Christian identity, but did not go to church. This is the population McHargue and Gungor belong to and seek to speak to through The Liturgists.

“It is a mass disaffiliation movement. It is not a secularization movement,” McHargue said about the rising number of religiously unaffiliated. “Why? Because the church was an abusive uncle for a long time and it’s reaping what it has sown.”

Oakes stresses there needs to be an understanding that disaffiliation “has become normative.” Religious affiliation is not always a transition from one religion to another. People are “curating and assembling an identity” outside religious institutions that can be permanent, Oakes said.

Sorry for the long quote, because the point is almost buried there:  "disaffiliation 'has become normative.' "  And that's the real issue for the church, be it a Protestant denomination or the Church of Rome.  I won't even raise the question whether people can "curate and assemble an identity" outside of religious institutions, because the answer is:  "No."  But if people don't see the church as being "for" that, then the question is:  "What is church for?"

And the answer can't be:  "waiting patiently until they realize they need us."